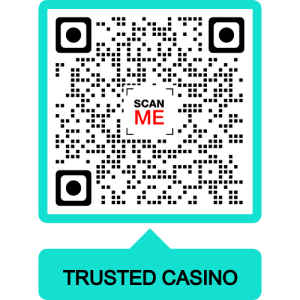 Nothing is sweeter for any gambler than hitting the jackpot no matter how big is small it may be. They don’t come that often but when they do it sends a rush right through the senses of the player.

It’s the most exciting thing you can get on the casino from the Cosmopolitan in Las Vegas, to the SkyCity Casino Auckland New Zealand or to the Crown Casino in Melbourne Australia it really get’s the attention of players.

Your playing a slot machine and then “Ka Boom”, you start seeing the coin counter going nuts with bells and whistles going off that would wake a corpse. Man! Nothing can ever beat that feeling of those big wins.

How to Get Some Big Slot Wins

The jackpots that are possible to be won vary from one machine to another. Some machines are fairly easy to give you small jackpots while others with the big progressive prizes seem to be relatively hard to come by.

Some other factors can come into play like the bet amount, denominations, since each slot has different settings of when to pay. But all in all, mostly it all boils down to your luck, as they say, gambling is a game of chances and very much so with playing slot machines.

You can increase your chances of winning “the big one” with our tips to winning on the slots here.

It’s for the very same reason that today we are doing a review of a popular youtube video from a channel known as The Big Jackpot. In the video, we get to see some of the biggest jackpots ever for January.

The video features 12 different games and their corresponding jackpot winning moments. It begins with the lowest amount in the series and goes up to the largest big win amount. So let’s dive in and review these top precious moments.

We kick off the video by getting to see an incredible jackpot win of $1,417 at 2:43 on Buffalo from Aristocrat. You get to hear that sweet sound of a bell that reminds you that you have some goodies coming your way. This win was mostly contributed by a previous bonus of 8 free games that the player had won at 1:21.

And anyway, who wouldn’t be happy after getting such a cool win on a slot machine? His luck was largely contributed by the bonus feature he unlocked at 3:27 which gave him a bonus of 15 free games running 3×5 reels on this Asian genre slot.

The eighth episode in our little series here comes at 8:07 where Raja is all smiles after getting a big win of $5,800.00 on Sahara Gold from Aristocrat. Like in the previous games, this was preceded by him triggering free games bonus feature which rewarded him with 3 free spins as seen at 6:51.

This becomes even sweeter as the second spin of the three gives him a win of 5 grand accompanied by a retrigger. This is what played a key role in the final jackpot win and he is like, “Raja saves the day once again.”

The seventh win takes a little more time to come through as compared to the previous games but the breakthrough finally comes at 14:52 where he gets a jackpot amounting to $6,320.00.

He had started the game rather slowly without getting big wins but the bonus feature at 1236 was the pivotal moment after he went for the option of 2 super free games and was handsomely rewarded playing China Shores by Konami.

In the sixth game in the video, he is playing on a 4-screens slot running simultaneously and manages to get a jackpot win at 22:30 amounting to a total of $7,647.00. What was remarkable in this game was the incredible number of free spins he got. The run starts at 16:07 when he triggers a bonus of 15 free games.

A few moments later, he retriggers the bonus at 16:53 and again at 17:31. At this moment he can’t hide his happiness and can be heard shouting excitedly as he watches the spins go on to give him the final jackpot win on the IGT slot Cleopatra.

This game presents us with an opportunity of seeing exciting gameplay, the magic of slot machines at 23:55. Within just a short period of time, the player manages to hit the jackpot of $8,000.00. He starts the play time at 22:35 and says he is going for only 5 spins.

The second spin turns out to be very rewarding as he unlocks the bonus feature and you can hear the whole team cheer happily at the lucky turn of events. He is initially with an offer to cash out a smaller amount but he opts to spin again with the hope that better things are on the way. And it seems to be a good choice as this ends with a sweet win of 8 grand at 23:55 on this IGT slot.

The fourth jackpot win is actually a continuation of the previous game. It seems to be his lucky day in the casino as he manages to get a back to back jackpot wins. Not every day you happen to be so lucky and when you do, you just can’t hide the happiness it brings.

The lucky chain of events starts at spin number four out of the initial five and occurs at 24:07. He triggers the bonus feature which rewards him with an easy win of $10, 000. What follows is enthusiastic shouts and cheers of “boom!” “boom!” on this Double Diamonds IGT slot machine.

In this particular game, we get to see how easily you can win big amounts on slot machines. It gives you the feeling that if one can continue winning such big amounts every day, well you can end up being a millionaire.

But we know it’s never that easy, right? The game kicks off at 22:32 and starts at rather a slow pace with nothing much happening at the first few spins. But just as the calm before the storm, at 25:35 he manages to get a win of jackpot handpay amounting to a total of $12,240 on the Golden Goddess slot by IGT.

In this second to last episode in our lovely jackpots series, we get to witness another moment of how a lucky day as a gambler looks like at 29:42 as he gets $12,475 win after a very entertaining game play. It all starts at 25:39 as the video opens up to spins that are running relatively fast.

A few moments later we can hear him shouting happily as he tries to count the amount he had won after triggering the bonus feature. He seems to differ with his partner about the amount but what matters here to both of them that it’s definitely a big amount and the machine will do the counting for them afterwards.

This is accompanied by a run of 3 free spins which he hopes will have a handsome reward. They don’t disappoint and actually reward him with a retrigger at 27:11 which gives him another chance to get even a bigger win. They are in happy shouts again as another retrigger occurs at 28:12 and their cumulative win keeps on going higher and higher.

Actually, the show is not over yet as they get another retrigger at 28:27, much to their greatest delight. The free spins feature ends at 28:41 and it’s now time to find out how much they have accumulated throughout the entire run of free spins. It turns out to be a big win of $12, 475 as seen at 29:04 on the High Stakes slot from Aristocrat.

Talk of saving the best wins for the last place on the video featuring the Cleopatra IGT slot. This final video takes us through a surreal experience in a slot machine. The kind of dream wins that every gambler wishes to get the moments he walks into a casino.

If we could all be sure that every game will end this way, I bet all of us would want to spend the entire day spinning in every slot we can find on our way. It kicks off at 29:58 and we are introduced to a beautiful 4-screens slot.

The kind that every time you see them tends to make you notice the multiple opportunities to win available to you It doesn’t take long for the player to trigger a bonus as the feature as at 30:20 he gets a run of 15 free spins.

To add icing on the cake, even before the bonus feature is over, he manages to win a Progressive amounting to 11 grand as seen at 30:27. He can’t hide his delight as he watches the machine count the money he will get and admits that this year has been the best for him and we can clearly see why.

Conclusion of These Slot Jackpots

In this amazing series of top jackpots for January 2019, we have had the opportunity to see how one can win jackpots on various slot machines if luck goes your way a bit. It has featured several slot machines and the player takes us through the whole process of getting the most coveted price.

Some come easily while others come after a tough time when you are almost giving up thinking that today might not be your lucky day. This video should a motivation for every gambler that yes, you can win a jackpot on different slot machines, you just have be in it to win it playing these IGT, Aristocrat and Konami slot machines.