There are numerous online pokies from the Aristocrat developers, but one that has attracted the attention of many punters from the land downunder is the Big Red slot machine.

This terrific Aussie outback vibed game has been about for some 20 plus years now but it’s still a great pokie to play for free fun or real money.

This high volatility level online slot is not only entertaining but comes with free spin games to increase your playing time. The developer has used a simple layout of five reels, three rows and five fixed pay lines. 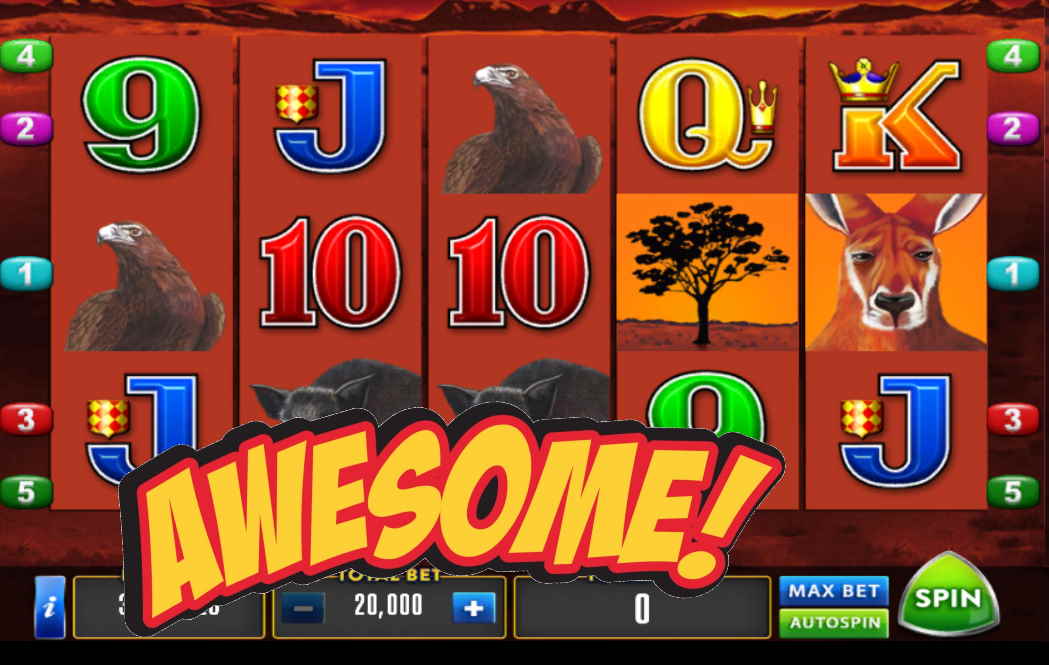 One makes this title different from its counterpart Big Red Gold are the gold features. However, they share the same symbols, design and bonus features. You can either play on your mobile or tablet at the social casino, Heart of Vegas Real Casino for free.

As the title suggests, Big Red slot is inspired by a unique native Australia animal known as the Red Kangaroo. The background of the game features an orange sun-kissed extensive landscape with shadowed hills in the back end.

The symbols you will come across include kangaroos, a crocodile, a warthog, an eagle and a dog. There are also a couple of traditional playing cards K, Q, J, 10 and 9.

You will see beautiful visual effects, crispy graphics, and entertaining sound effects which escalate when as the momentum of the game increases. Big Red is a fast-paced and fun-filled slot game load flawlessly on all devices.

With a high theoretical return to player of 97.04%, a wide betting range and lucrative bonus features, this slot game guarantees massive payouts. Besides, you will play on a standard layout of 5 x 3 and 5 fixed win lines that pay left to right.

All wins in this slot machine begin with the leftmost reel and pay left to right on adjacent reels, including the scatter. The control panel is located below the reels and contains different settings to help you set the game before you start playing.

The symbols in Big Red slot come in two categories. There is the low-value category, which consists of different colored traditional playing cards K, Q, J, 10 and 9.

The high-value category carries themed symbols including a dog, an eagle, a warthog and a crocodile. The latter is the highest paying icon in the base game symbols.

Additionally, this online slot comes with the Repeat Win Free Game Feature. It awards five free games when one or more of the wild symbols substitute in a win. 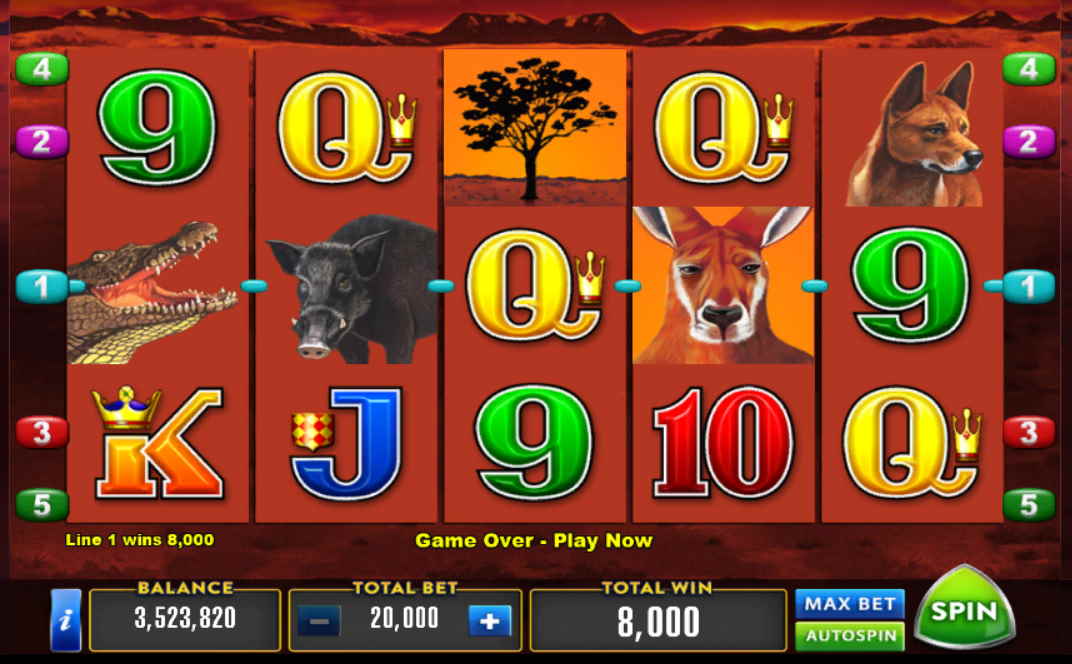