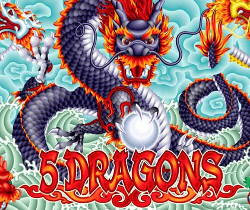 Associating with the dragon physically in modern times is impossible owing to the extinction of the dragons. However, players do have the opportunity to virtually associate with the dragons when they play the highly exciting 5 Dragons slot game.

5 Dragons is powered by Aristocrat and it comes with 5 reels and 25 paylines. To start playing this slot machine, players have the opportunity to do so either on the desktop or on mobile as the game is optimized for mobile play.

A real play money version of 5 Dragons is not available online, in fact Aristocrat slot games are normally not available at online casinos for real money wagering at the moment. But the great news is we have many free Aristocrat online pokies on our site to enjoy on iPad, iPhone and Android, don’t forget apps are not needed. 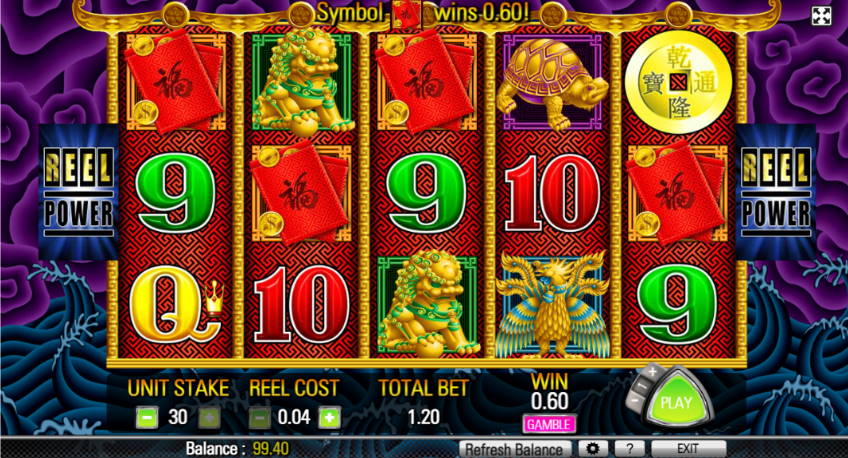 A stunning velvety wall provides the background graphics to this slot game. A patterned red and black wall covers the entire reel section.

To scoop this slot’s handsome payouts, players will need to land identical reel symbols on the same active payline. The reel symbols which they will be aiming to match include the dragon, koi fish, turtle, Asian cards, a lion, a golden coin and royal symbols.

During anyone of the feature selections, landing the Asian cards icon anywhere on reel 1 and 5 will see the player scoop an instant prize of 50x, 25x, 15x, 10x, 5x or 2x total bet. Free spins can be retriggered. 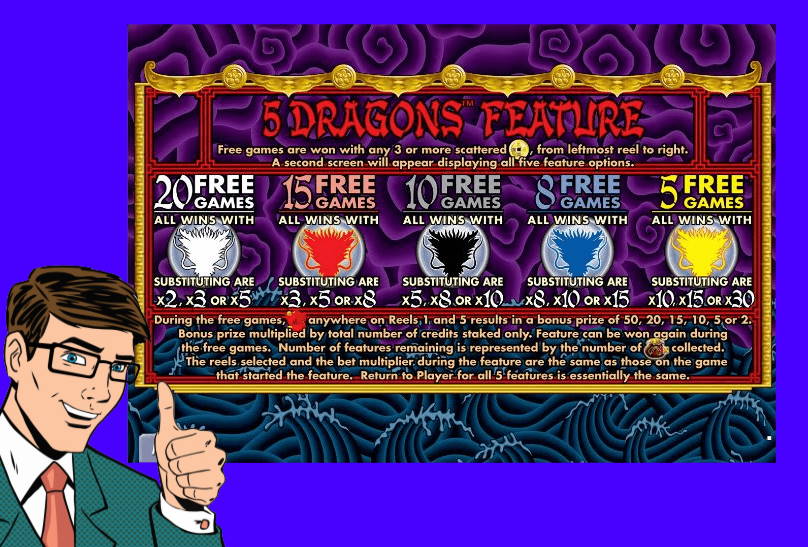 There are various creatures that are held in high esteem in the Eastern world. Each of these creatures is celebrated for its symbolic powers. One such creature is the dragon. In the Eastern culture, the dragon symbolizes good fortune and wealth hence all those looking for these elements in their lives strive to associate with the dragon at all times.

5 Dragons is a pretty exciting slot machine to play owing to the fact that it comes with simple gameplay instructions that make the game appealing to beginner players.

At the same time, the game comes with two lucrative bonus rounds which make the game enterprising for all those trying it out. Out of a 10 point rating, this free Aristocrat pokies machine receives an 8.6 point rating.