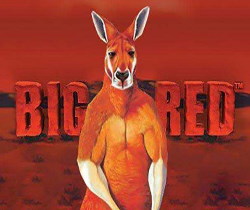 Players looking to give Big Red a try ought to know that they will get to appreciate the Australian outback setting as soon as they load the game. Recognizing that the one thing which is synonymous with Australia is the kangaroo, the large male of the species is known as a “Big Red”.

Intrinsic elements of the Australian outback such as eagles, boars, crocodiles, trees and kangaroos are all exposed in this slot game. Big Red comes with five reels and just 5 paylines. It was first released in the year of 2003 in land casinos all over the world.

Important: A real play version of Big Red is not available on the web. Playing Aristocrat pokies at online casinos for real money wagering is not possible sadly. But the most amazing news is that we have many free Aristocrat online pokies right on our site to play on iPad, iPhone and Android. Best of all, don’t forget app downloads or any fees are required to enjoy the worlds best casino pokies games. 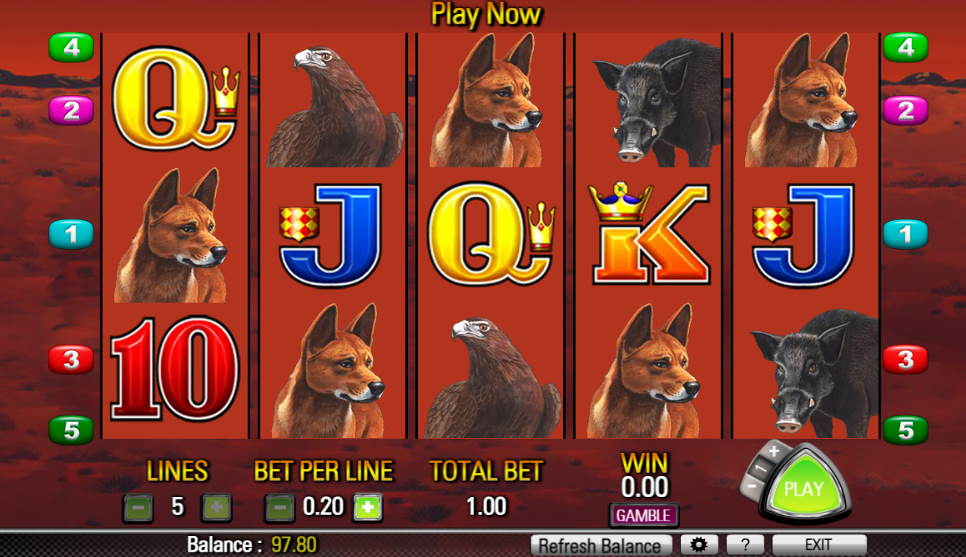 The backdrop of this game depicts the Australian outback setting acting as the background graphics. The reel section is entirely covered by a solid red colour.

HOW ON WIN ON BIG RED 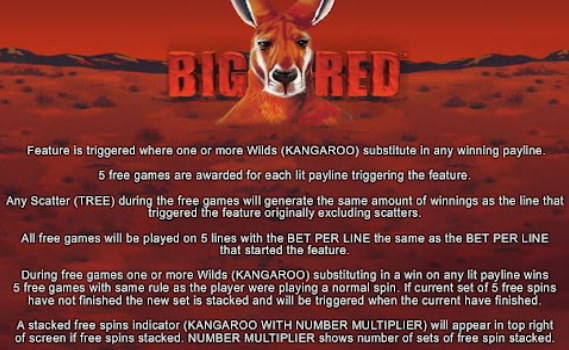 The objective once players start spinning the five reels of this game is to land identical symbols on the same payline for the chance to score the game’s excellent payouts. The symbols that players will be looking to land include the crocodile, boar, a tree, an eagle, a kangaroo and some royal symbols. 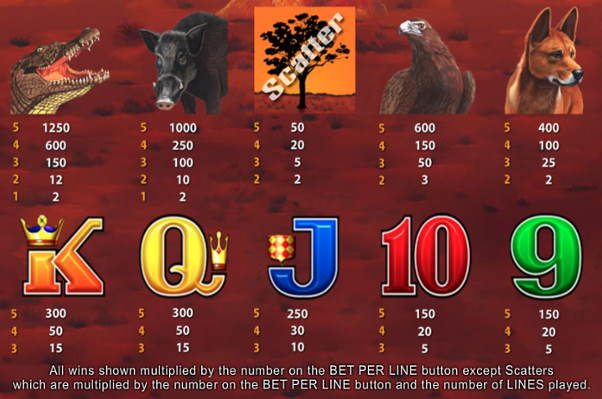 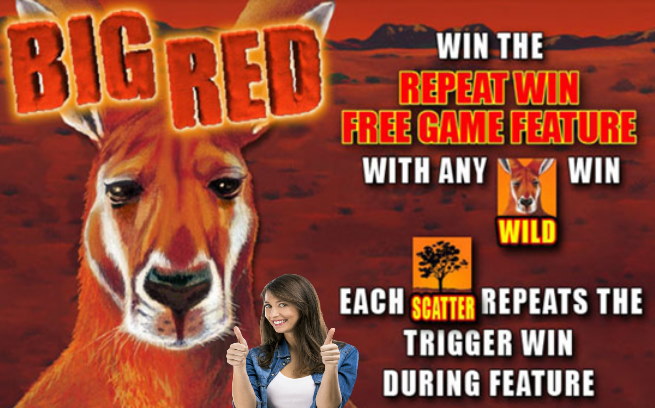 A real play money version of Big Red is not available online, in fact Aristocrat games are normally not available at online casinos for real money wagering at the moment.

But the cracker news we have for you is that we have many free Aristocrat online pokies on our site to enjoy on iPad, iPhone and Android, don’t forget apps are not needed.

Players looking to take a virtual trip to Australia and see what the Australian outback setting looks like will find the Aristocrat powered Big Red slot to be a great game to take a free spin on.

Set in the Australian outback this game features all the common creatures in the outback including the kangaroo. Out of a 10 point rating, this slot machine receives an 8.1 point rating in our how to play guide. 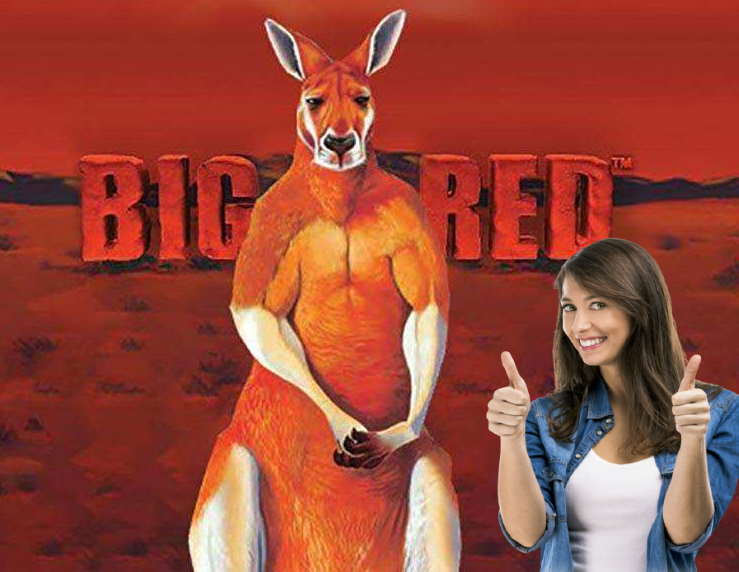