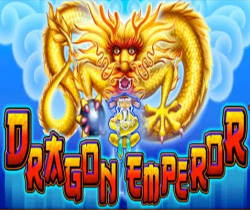 A 5 reel fantasy Asian themed game presented by Aristocrat, Dragon Emperor mobilizes a thrilling tale of a mythical Dragon Emperor guarding some priceless artefacts and the magnificent dragon pearls with the help of his golden dragon. 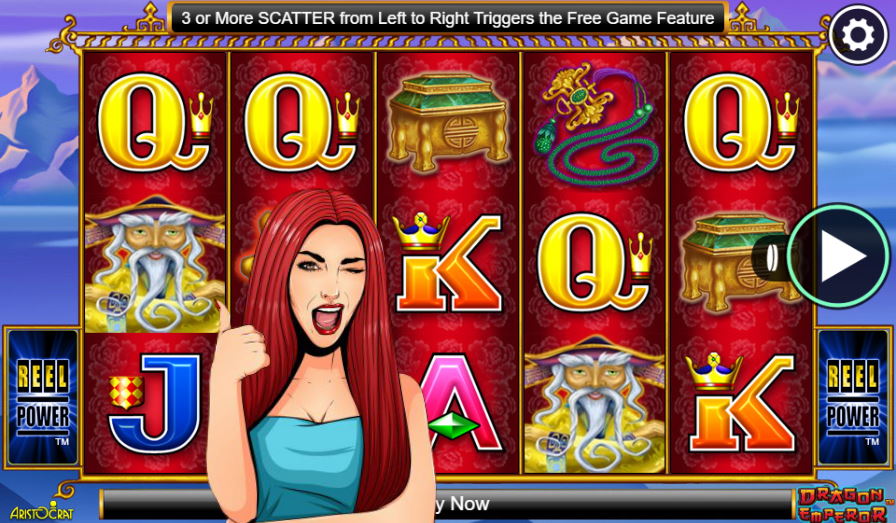 Welcome aboard a range of alluring in-game features like wilds, scatter, free game and the reel shuffle Feature, the slot packs a set of 243 ways to win where the maximum and minimum bet value is $/€/£ 60 and $/€/£ 0.3 respectively. 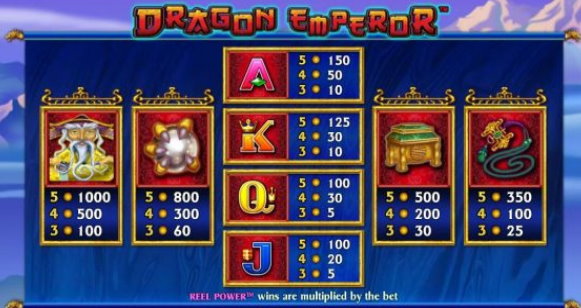 The slot game features a range of theme-laden symbols alongside normal card suits where the former hand out higher payouts compared to the latter. The paytable goes like this: 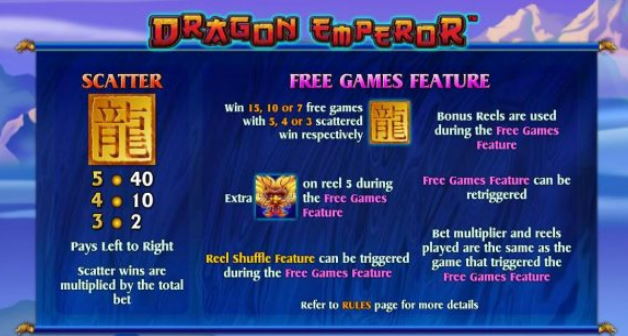 Simple in design and quite easy to play as well, Dragon Emperor ups the ante mostly through its number of irresistible in-game features and bonuses. These are as follows:

The golden dragon symbol works here as the wild symbol those substitutes for all symbols sans the scatter symbol. Added with that, a minimum of 3 wilds on reel 5 unlocks the reel shuffle feature.

The scatter symbol unwraps its own payouts as mentioned in the above table. On condition that one land 3 or more scatters left to right, one triggers the free games feature too. For 3 scatters, one obtains 7 free games, whereas 4 and 5 scatters offer 10 and 15 free games respectively.

As is already said, all reels are shuffled once as soon as one obtains at least 3 wilds on reel 5 and most interestingly, the feature can trigger itself again during the shuffling. On top of that, the reel shuffle feature can also throw up the free games round with all its perks. 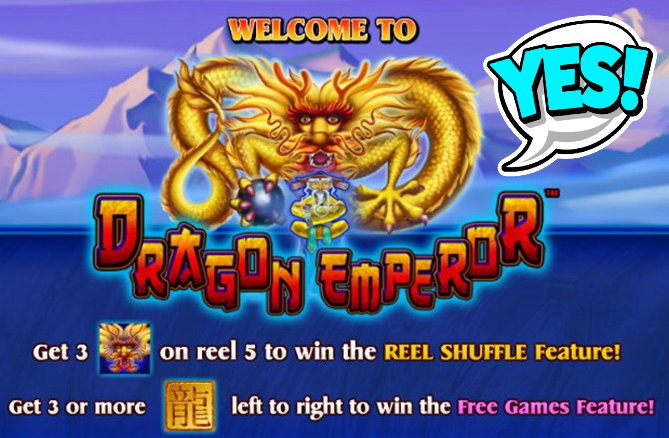 Extremely adventurous to say the least, Dragon Emperor online slot has everything one needs to come back to again and again. Deceptively simple in its thematic orientation and yet superbly engaging, the audio-visuals of the game matrix also infuse a great deal of player satisfaction for the top-notch work one gets to witness there.

And the icing on the cake is obviously the multiple game features and bonuses each of which guarantees even greater payouts. With that said, one must also note the amount of flexibility the game underscores in terms of betting value which makes it pretty easy for casual players took to dip their fingers. After all, with a set of 243 ways to win, players don’t have any legitimate reason not to try this cracker free Aristocrat pokies game direct from our site.