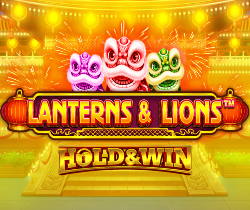 Out of everything that the world has to offer, there are only two things which are highly sought after. These two relate to wealth and health.

In the Eastern world, traditional practice states that these two can be attained by simply associating with the symbolic creatures and artifacts that the gods deemed wealth and health symbols.

These health and wealth symbols are exposed and explored in this cracker oriental themed, 5-reel and 25 payline iSoftBet powered slot. 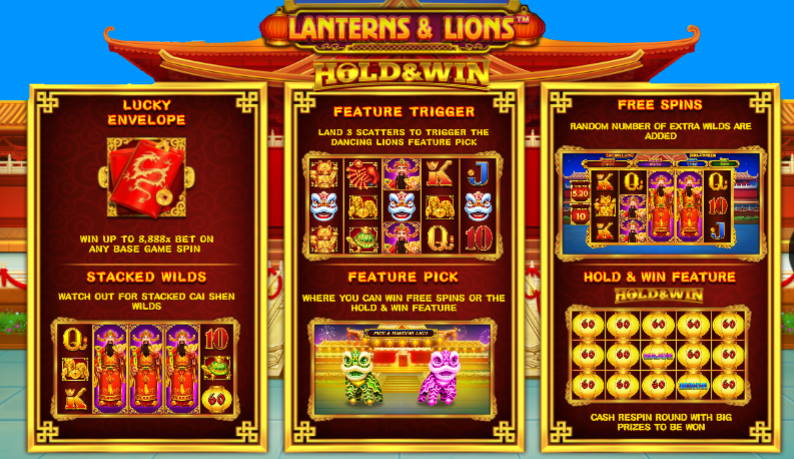 A magnificent golden temple sitting on top of a green wall provides the background graphics to Lanterns & Lions: Hold and Win game. The colour red which is symbolic in the Eastern world as the colour of wealth covers the entirety of the reel grid area. 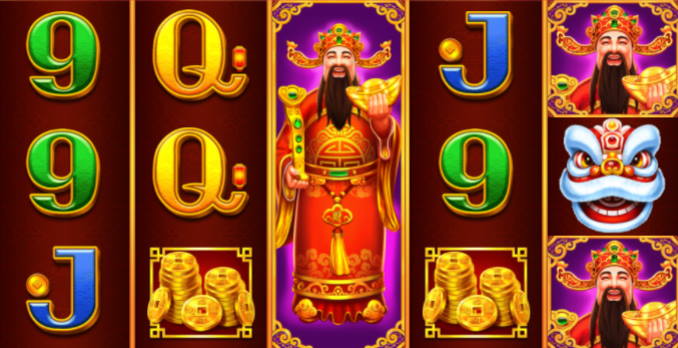 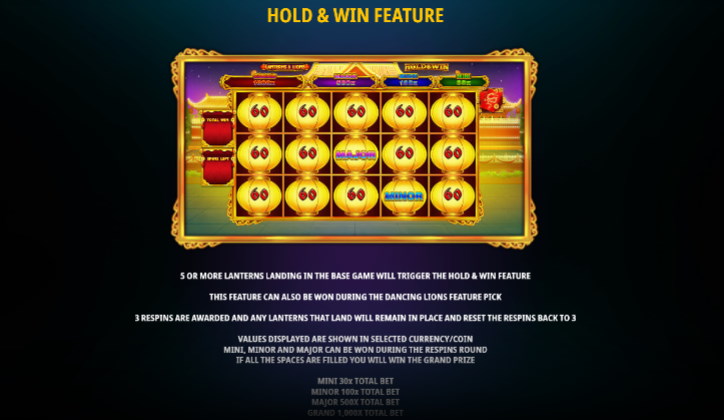 Lanterns & Lions: Hold and Win is a great Chinese themed slot and we rate it as a must play.