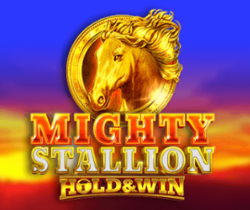 The stallion is a creature of great beauty. To Native Americans however, the stallion is not just a beautiful creature body-wise. Rather, it’s beauty oozes out of its spirituality as it’s romanticized as a bearer of freedom and passion.

To honor this beautiful and symbolic horse, iSoftBet have released the highly volatile 5 x 3 reel and 20 payline Mighty Stallion slot with a RTP of 96.00%. If you like the Ainsworth Mustang Money free slot game then your gonna love this game. 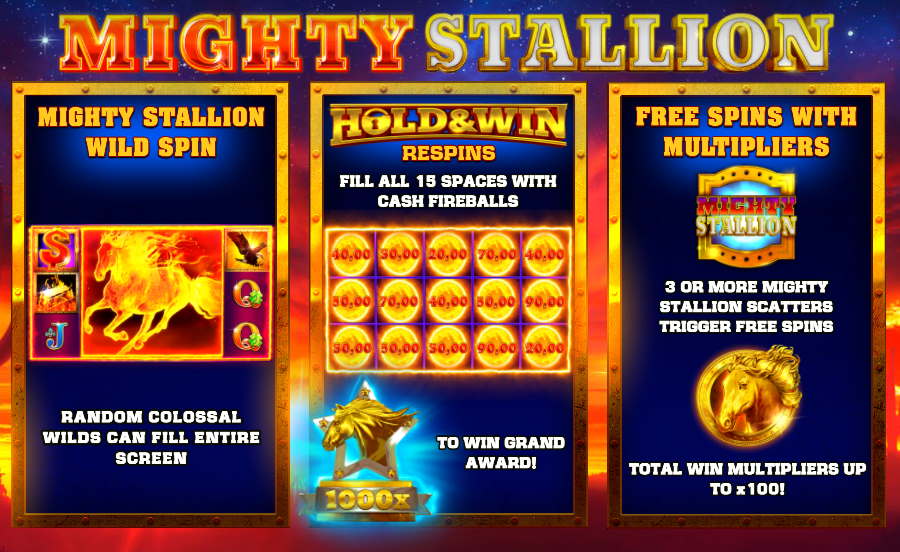 A vast tract of plain land sparsely populated with cactus trees provides the background graphics to this slot. The entirety of the game’s reel grid is covered by a nice purple colour.

When players start a gaming session playing Mighty Stallion slot, the reel symbols they get to come across on the reels include the game logo icon, the fireball, ‘$’ sign, the stallion, a huge boulder, an eagle, a skull, gold bars and royal symbols. 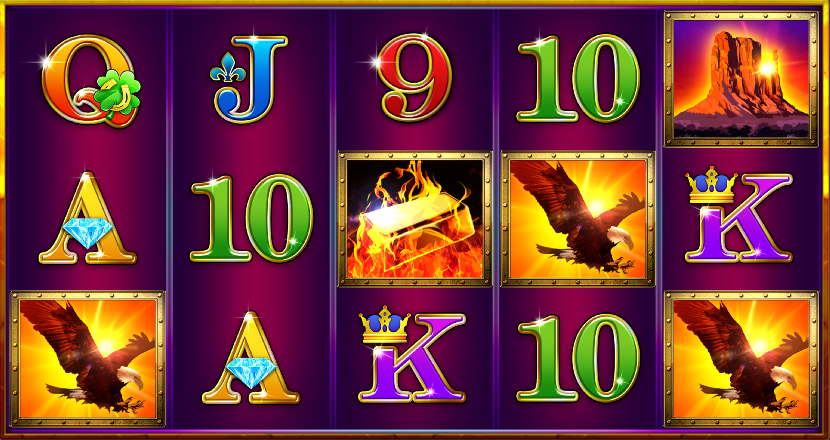 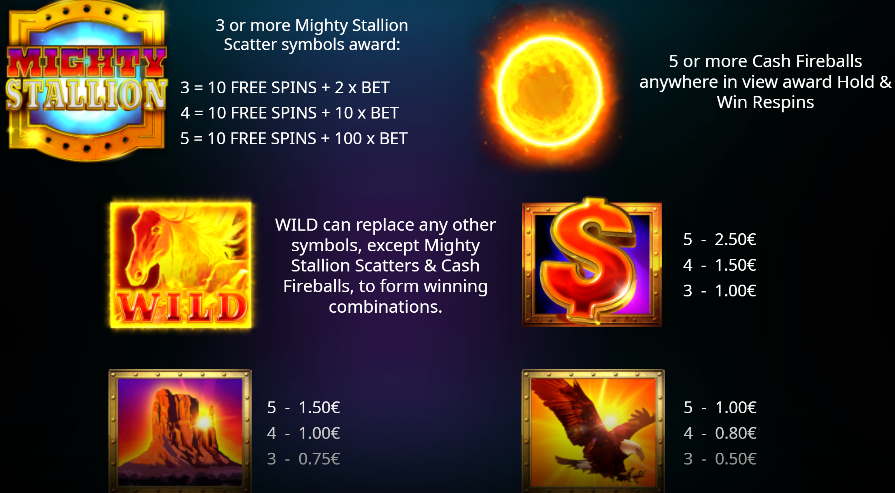 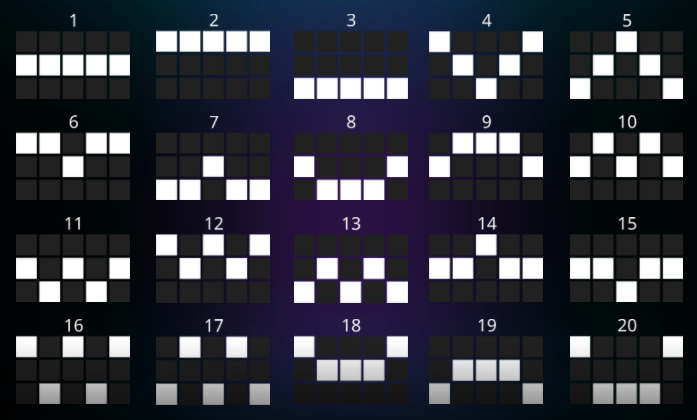 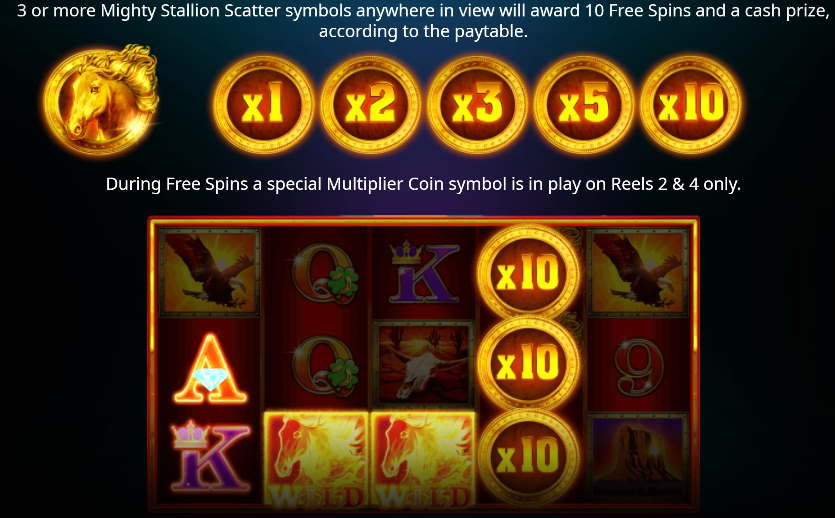 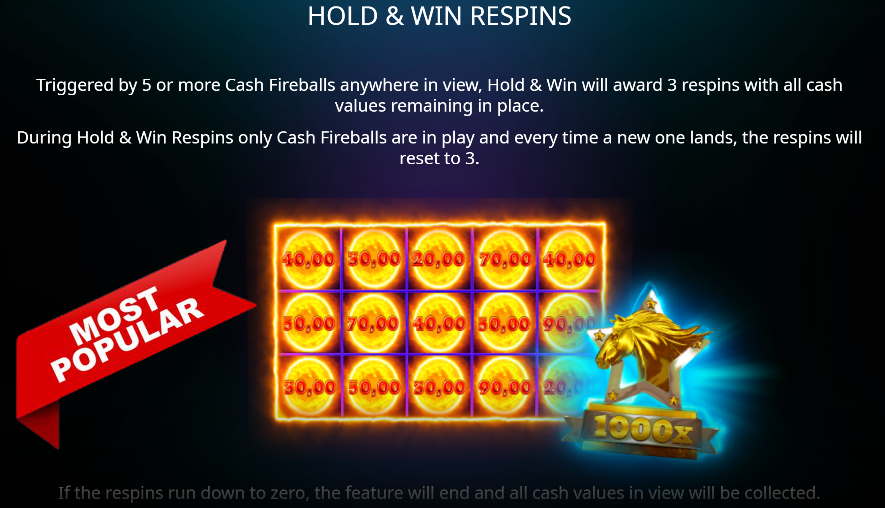 Mighty Stallion is a fun slot machine to try and we give it a 7.45 from 10 score. The game comes with the much loved hold and win feature which allows players to land a massive  grand prize when they fill up the reel grid with bonus symbols.