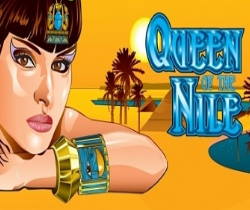 To start experiencing this life, simply get the action going by spinning the five reels of the Aristocrat powered Queen of the Nile slot that comes with 20 paylines.

As players spin the reels, they assume the role of the closest advisor to the Egyptian Queen Cleopatra thus enjoying all the perks enjoyed by the Queen of the Nile.

This ancient themed Egyptian slot can be enjoyed by everyone as it comes with many different bet combinations catering to all types of players.

A real “cash” play version of Queen of the Nile is not available online, in fact Aristocrat slot games are normally not available at online casinos that allow for real money wagering at the moment. 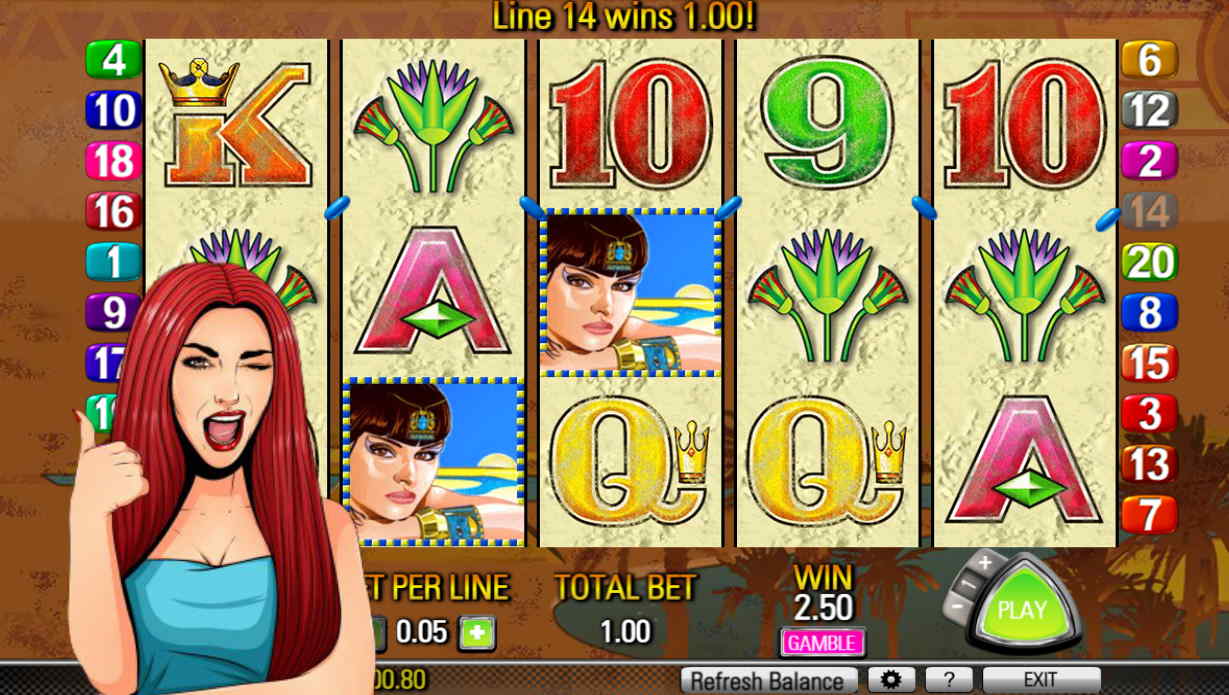 ABOUT QUEEN OF THE NILE POKIES

Queen of the Nile was a must play slot machine on the casino floor when first released way back in 1997. Many sequels to this Aristocrat pokies game have been released over the years and they include.

The reel symbols encountered when playing Queen of the Nile slot game include Queen Cleopatra, pyramids icon, a Pharaoh guard, a golden ingot, a beetle, eye of Horus, a green plant, and some royal symbols. 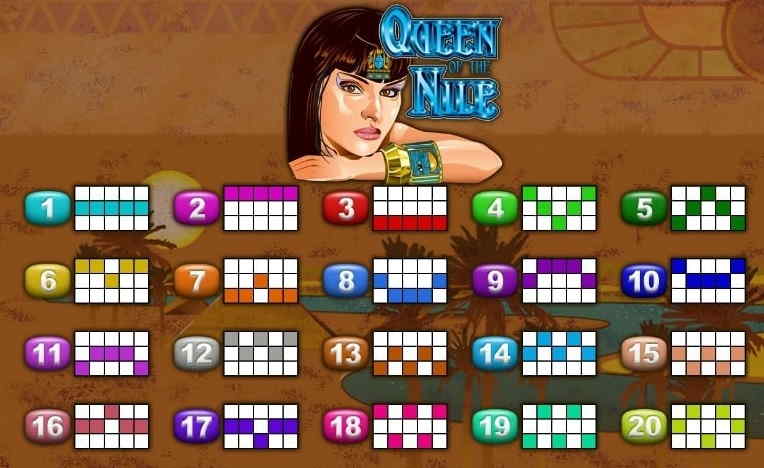 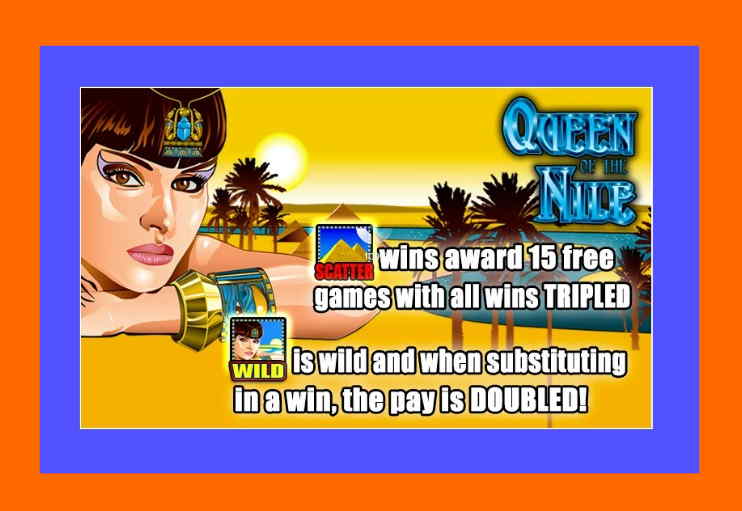 SUMMARY QUEEN OF THE NILE

Supporting a wide range of bet combinations players ought to know that any type of player are free to try out this slot right from our site.

The game can be enjoyed both on the desktop as well as on mobile as it’s optimized for mobile casino play. This free Aristocrat slot game receives an 8.25 point rating out of 10 points.