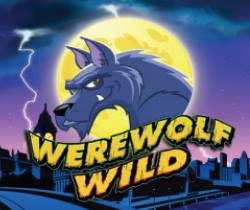 Regardless of how people view werewolves, the thing is, there are many out there who are fascinated with werewolves and their ‘talent’ – to allow such people to soothe their imagination, one of the leading software developers in the gaming industry Aristocrat decided to design a werewolf themed slot by the name Werewolf Wild.

The Werewolf Wild slot game comes with five reels and 25 paylines and three types of bonuses. This game was first released in about the year of 2003 in land casinos.

A real play version of Werewolf Wild pokies is not available online from what we have researched, just to note Aristocrat slot games are not available at online casinos for real money gambling. But the awesome news is we have many of free Aristocrat online pokies on our site to enjoy on iPad, iPhone and Android, don’t forget apps are not needed to enjoy the worlds most loved casino slots.

A quiet countryside community reminiscent of the Victorian era provides the background graphics to this slot machine. The entirety of the reel section is covered by a solid cream colour.

Werewolf Wild slot symbols include the wolf, a golden coin, a werewolf on a full moon, a male character with blonde hair, a female character, a law enforcement officer, a chariot, a lamp, and some traditional poker symbols.

People are born with all sorts of talents. However, some talents are so unique that they seem bizarre to some folks. One such talent relates to how some people are able to transform their bodies, well so the myth goes that is.

Werewolves transform from the human form into the wolf form on each full moon. They remain in the wolf form till the end of the full moon. The thing however, is that a werewolf only transforms if they have taken a life before and  because of this, some people do not regard the transformation of werewolves as a talent but rather a curse or in the worst form, a demon of sorts.

Coming with three lucrative bonus rounds, Werewolf Wild free pokies is a fun game to try out. Similar enterprising Aristocrat powered pokies that players may try out include Zorro, Sun & Moon as well as the classic Queen of the Nile 2 game. Out of a 10 point rating, this Aristocrat free online slot game receives an 7.2 point rating in our review. 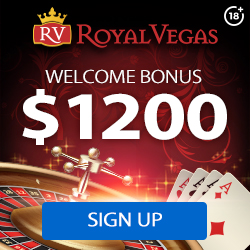