This slots game was inspired by the television show The Voice which is a hit franchise talent show seen all over the world, but it differs from its TV version in many ways. It is simpler than most other slot games but is still popular because it is exciting to play. 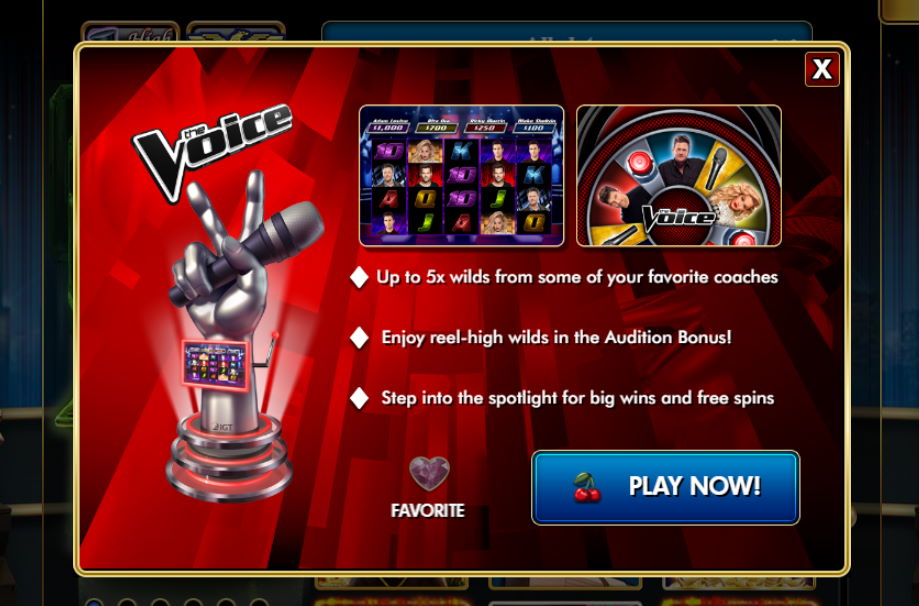 YouTube channel Newenglander82 SLOT VIDEOS has a video showing the playing of the game and one of his largest wins playing it in Las Vegas, Nevada. The video claims to have high payouts for players, so let’s analyze the video a wee bit below.

*NB – This Voice IGT slot guide is generic in nature as several different versions of this game may have been released for free play online at Double Down and for online casino players at select casinos here* Images below are from The Voice free online slot machine. 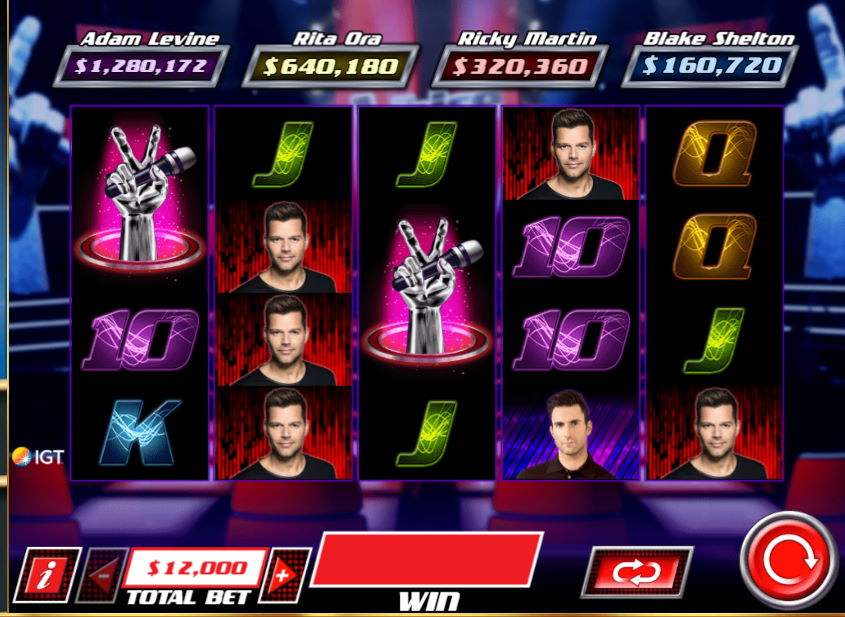 About the Voice Slots Game

There are different versions of this slot game so scoring may different depending on the version you play. However, one of the things that’s the same is the player hits a red button to run the slots. The goal is to fully light a chair’s column within seven rounds.

For each round one to four chairs could light, but the player could win an instant prize like more spins if he or she sees The Voice logo (a spinning hand holding a microphone).
When a player sees the game, he will be looking at six slots with four chairs. 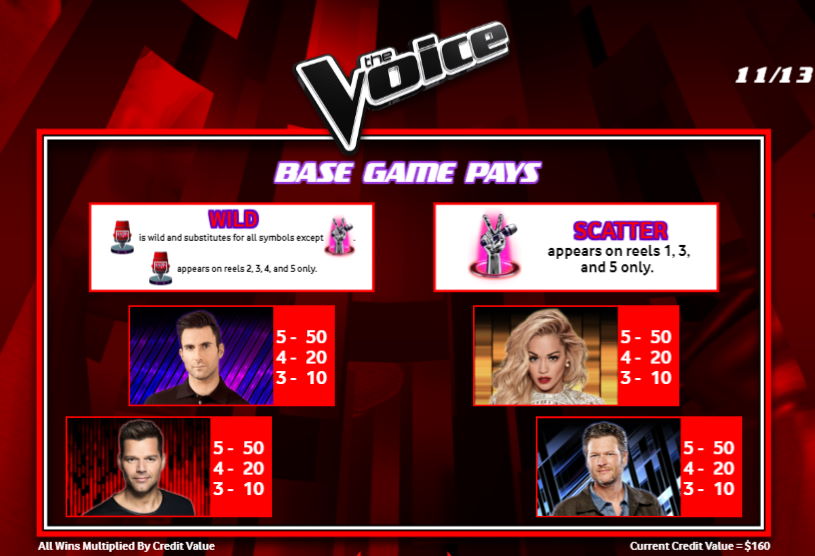 Get Those Chairs to Turn & Win Some Cash

These four chairs have a scoreboard behind them that has four to six bars on them. In one version a player clicks the red button and will either get one musical note which will add one light to a chair or two musical notes that will add two lights. In the version featured in the video, the player could encounter The Voice icon which will add spins or the button which will multiply a player’s score.

The game has a jackpot round where you can spin for more spins or other prizes. Red buttons on the slots creates multipliers on the board increasing your win amount. These stay up through the duration of the round, and four of the six slots can hold these red button multipliers. This game can also be played on your phone or anywhere where there is internal allowing you to play a few games on your break or during lunch. 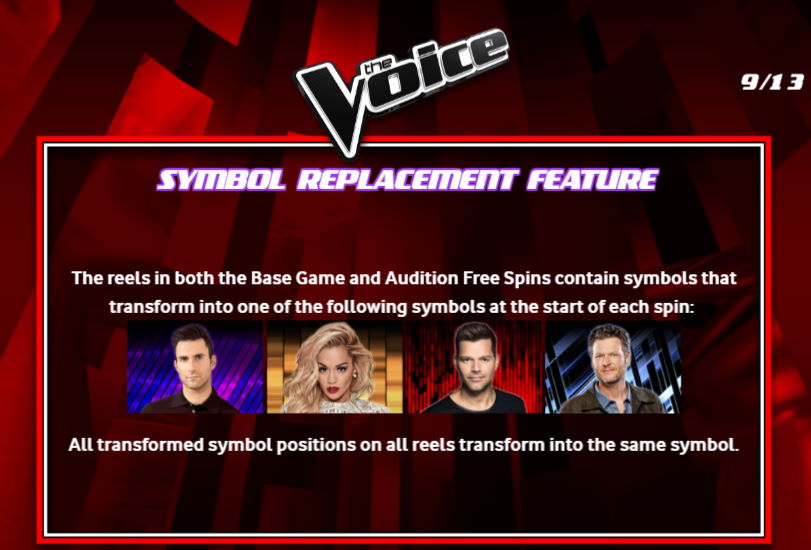 Payouts Instant wins are added to total prize values which are converted to dollars. 85% to 93% is the expected long-term payback for playing this game, but this depends on the venue where you are playing. 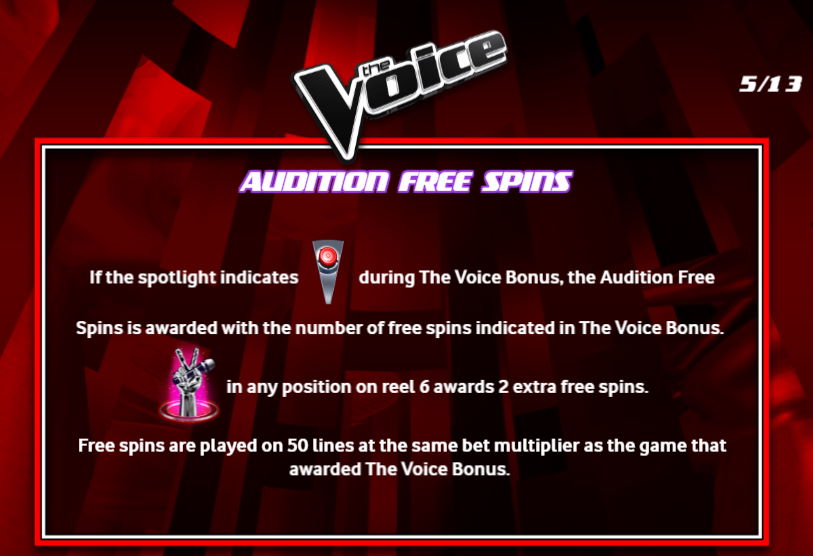 Some Mega Wins on The Voice Slots

When a hand with two fingers pointing up with a microphone in its hand appears, the player wins two more spins (31 secs). At 54 seconds, the player gets a red button that turns into a 2x score multiplier. At 1:45 you can see where a second multiplier has been activated for 5 times the score.

At 4:09 he earns two more free spins, winning another 2x multiplier at 4:31 making him have all the multipliers he can get in the game. All four multipliers remain for the rest of his spins winning him almost $13,000. He does all this with a $3.75 bet. 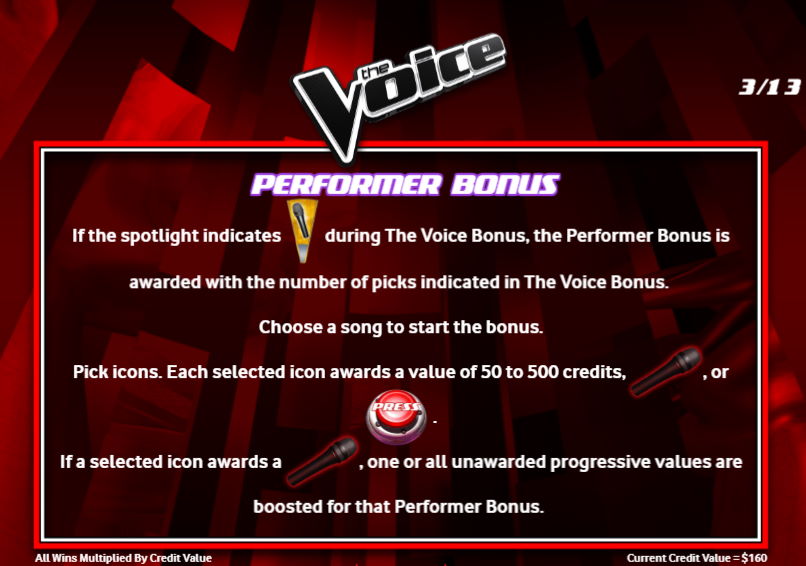 A bet can be lowered or raised using the arrow keys. Summary The player in the video won $12, 654 on the game. He provides a disclaimer that he doesn’t regularly win big on this game and calls it a “once in a lifetime’ type of win for him. 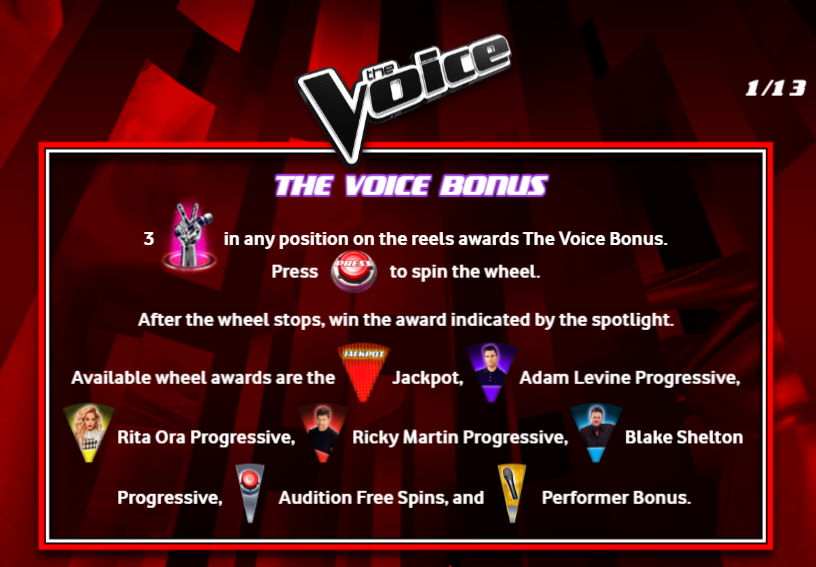