The player of this slot machine aka Diana is hoping to get some great bonuses like her mom won the night before by playing the Ghostbusters 4D slot. She bets the same 240 her mom did.

She’s a skeptic at first, but barely a minute into the game, she hits a payline showing three Ghostbusters symbols. She didn’t even mean to press the max spin that won her the bonus. The slimer dominates the screen with a Push button.

*NB – This Ghostbusters 4D IGT slot guide is generic in nature as several different versions of this game may have been released for free play online at Double Down and for online casino players at select casinos here* Images on this page are from the free or real play version of Ghostbusters 4D. 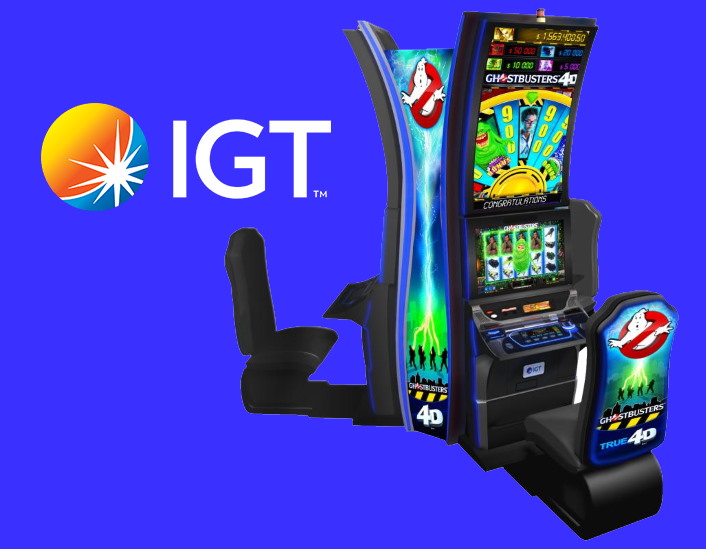 A pleasantly surprised Diana asks her mom to press the push button on the screen for luck. A wheel of assorted prizes starts to spin, with a green arrow stopping at 2500. Diana is a bit disappointed to learn it means 2500 credits, instead of a pay-out.

When it’s her mom’s turn to hit a payline, the wheel stops at “Ballroom Bonus.” They encounter some static followed by a scene from the original Ghostbusters movie. The “Ballroom Busters Bonus” instructs her mom to find the “ugly little spud” by pressing on a certain “energy beam on a hiding spot” until it burns red, She’s given the option of using the button panel as well. She’s got five chances.

A restaurant appears next, but her mom can’t figure out what she’s supposed to press. She starts randomly pointing at the table, which could be one of the hiding spots, but it seems she merely succeeds in adjusting the screen. She manages to hit the ghost a couple of times, and even win 3,300 credits in the end. As Diana notes, the “fun bonus” is better than just being handed credits. 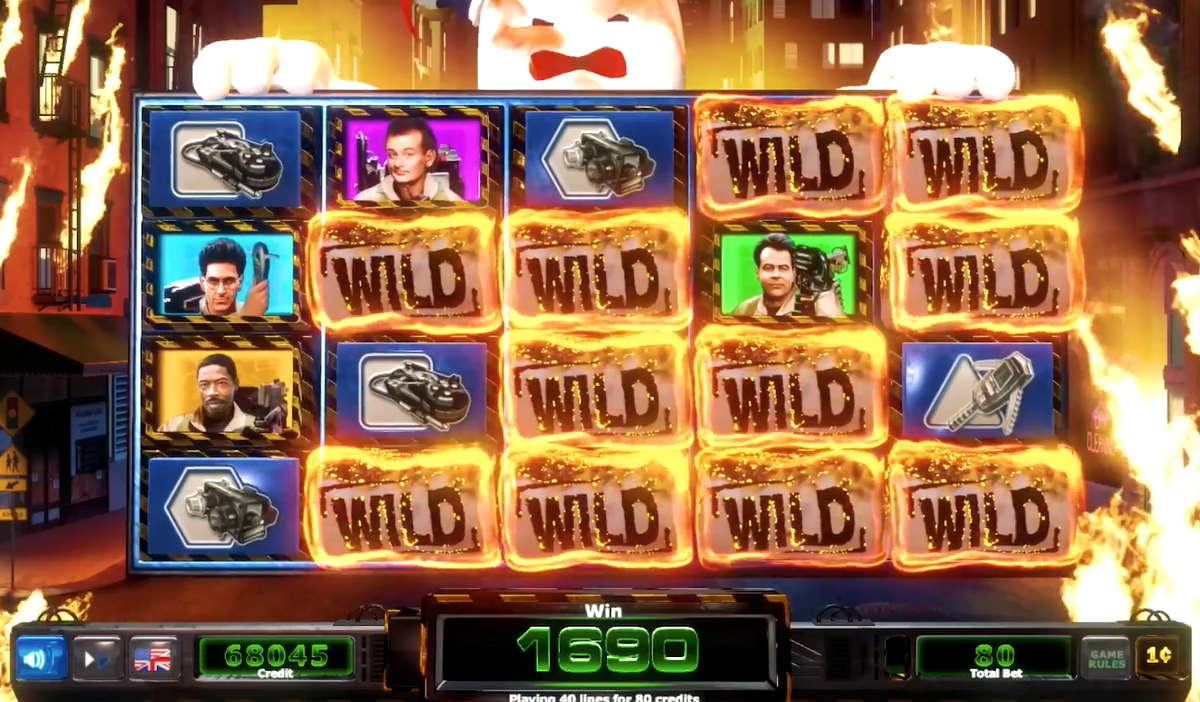 Diana wins the “Free Games Bonus 8” next. Directions instruct her to “blast at the reels” with her finger. She earns 8 chances. Diana lets the game play out, calling out out for more “stickies.” She observes that the bonus appears to have the most potential. After her 8 rounds, she wins 25,995 credits and a few hundred dollars as pay-out.

Diana comments she didn’t like how she got mostly credits, but on the other hand, it was her first time to win two bonuses in the same session. She gives it a few more spins. Her mom had told her she kept winning bonuses the night before, even though she ended up giving back most of the money.

Some of the side comments on the videos are spot on. Some wish the game would be more user-friendly. As one user observes, the instructions for the bonus game could be clearer. These don’t really provide more specific details on the task, or even proper key words that suggest what to look out for.

In the Ballroom Busters Bonus, it’s unclear what a hiding spot is, and what the lightning accomplishes when the player touches the screen. The Free Games Bonus 8 seems to rely even more on sheer dumb luck. 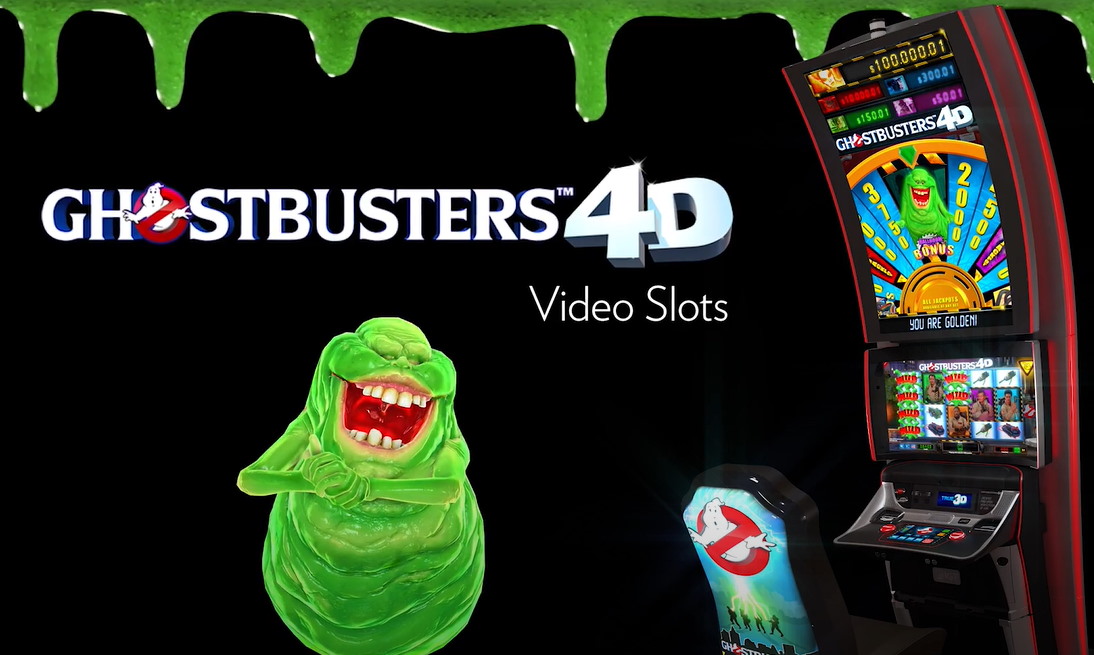 Generous with Credits and Bonuses

One player wishes it appealed to him more, most likely because of its generous bonuses. Admittedly, the Ghostbusters 4D slot is certainly more generous with credits and bonuses in general. It appears a player is always guaranteed to win something. Even the less lucky are bound to earn credits, which of course buy more time to win.

This may well be the reason its designers didn’t focus so much on refining the nitty gritty, such as the wheel of fortune portion of the game. If the player just keeps earning a bonus, then it wouldn’t matter so much what kind of bonus he wins or how he gets it.

A lot of players may share Diana’s sentiments, however. Most will always aim to have some sort of a plan to beat the odds or it’s hard to stay interested. The lack of opportunity to device even a semblance of a winning strategy reduces the enjoyment of the game, no matter how much chance seems to constantly operate in favor of the player.

IMHO – The Ghostbusters 4D slot features also need to be upgraded a tad so the next version will probably be awesome. Between all the freezing and wonky sounds that fluctuate between abrupt silence and really loud effects, the game will not attract players, no matter how much they may love the movie.

Modifying the visuals might make the game more enticing as well. It makes sense the Ghostbusters symbol would figure prominently, but because it’s also a prohibitive signal, it doesn’t evoke a thrilling bonus the way it should.

Diana and her mom make a sweet mother-daughter team to watch playing slots so make sure you check out there Youtube page for more great videos. Their candid reactions help viewers see how they’d most likely experience this game.

What’s the Deal with Ghosts

When you hear about the word ghost, it probably scares the heck out of you. The definition of the word ghost as we know it is the spirit of a deceased person. But ghost can be used in very many instances to mean very many things but the base meaning has never been lost.

A ghost is something that you as a human being cannot see with your naked eyes and neither do you need a special vision to see one. What is more interesting is someone who can bust ghosts, ‘creatures” that we as humans can’t see with our naked eyes.

Do Ghosts Exist in Another Dimension?

This for sure must be a very interesting job or if not interesting, seems like it’s interesting; you know, seeing what others can’t see, that there for sure makes someone is perceived as having superpowers. Basically, anything that we humans can’t fathom or is beyond our understanding is by default regarded as powerful. Ghosts are believed to exist on another dimension, a world unknown to us but known to us all at the same time.

Anything outside our world as we know it is powerful than us, in all manner of ways, for instance; aliens. It’s believed that aliens are way powerful than us in very many ways. For instance, their intellectual capabilities, technologically their physique and so on and so on. The same can’t be said when we come to matters ghosts especially now that we have had Ghostbusters on the job. 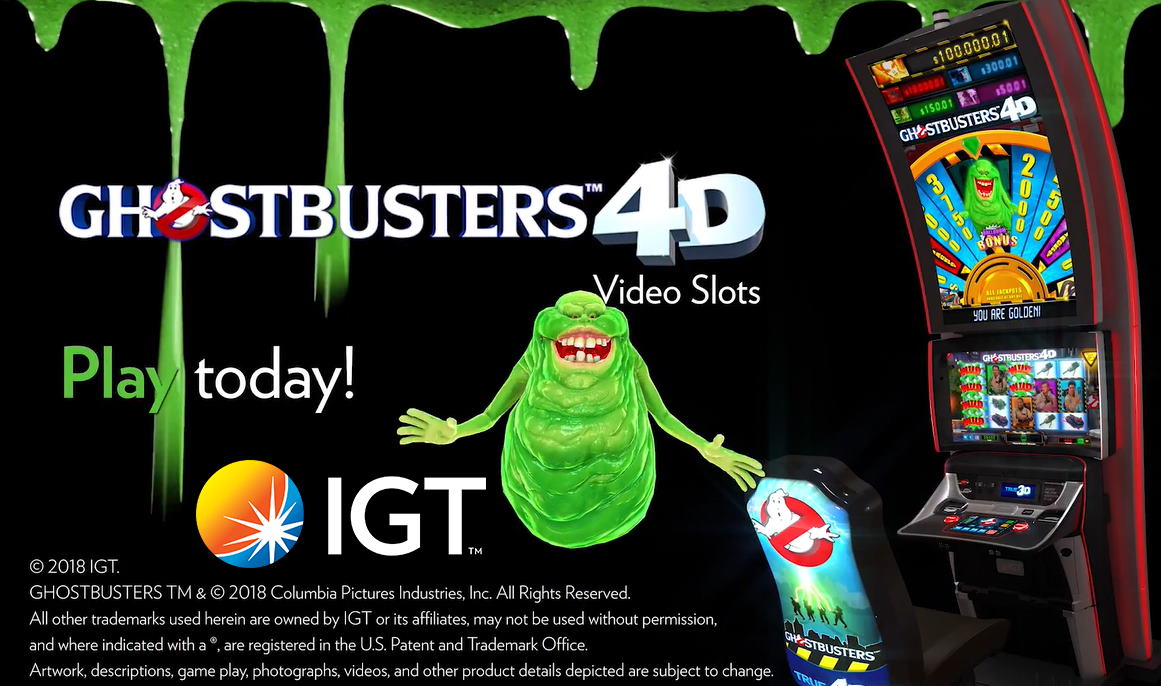 The 1984 Movie That Got us Thinking

Ghostbusters was a 1984 American made supernatural comedy film produced by Ivan Reitman and written by talented Dan Aykroyd and Harold Ramis. Starring Bill Murray, Aykroyd and Ramis as mad scientists who create a ghost-catching company in New York City. The famous Sigourney Weaver and Rick Moranis co-star in this film also. Back in the day it was first for special effects that had movie goers loving it at the box office.

The term Ghostbusters is probably very familiar especially because of the 1984 film where a team of scientists lost their positions at a university in New York and decided to be Ghostbusters and wage a battle with the supernatural. They must save the city after realizing a gateway to another dimension which is a doorway that would release evil upon the city.

From the 1984 paranormal comedy film came the modern day’s immersive 40 payline slot game which is all over flooding casinos from Macau to Las Vegas to Sydney. The technology in this slot is an upgrade from their 3D true technology release.

It’s Not Just About the Ghosts

The immersive technology is one of the greatest and the best technologies today as it tries to emulate a physical world by means of a digital world, just like the VR which stands for virtual reality and thus it created a sense of immersion where one for instance when playing the game feels like they’re in a world of busting ghosts.

Easy to Play and Great Graphics

The Ghostbusters 4D slots game which is played in a slot machine is not only beautiful but also very easy to play and is not age limiting as seen from a video on YouTube. In Ghostbuster 4D, you can bet with any amount from small to large.

From the YouTube video, the lady placed some great bets and there are lots of bonuses to be won. Bonuses as we know it away by casinos to reward their customers. Credits, on the other hand, are not a preference for many. Ghostbusters 4D is quite an interesting game and you can go on and on where one can perform secret gestures in mid-air hence unveiling new game content.

For a one on one with a fellow ghost hunter, take a seat at the lGT’s crystal curve true 4 HD cabinet for some fun. This exciting and amazing game is accompanied by an adjustable rumbling chair which is multimedia and allows you as the ghostbuster to adjust the volume as well. With all this, one gets the thrilling 30 experience at its best.

This amazing 40 slot game features cameras that track the players head and eyes actions which allows characters such as slimmer, terror dogs and the marshmallow man to suddenly appear right in front of their eyes from the 1984 hit movie. Interestingly, Ghostbusters 4D slots game allows or permits players to use mid-air blasting skills which again enables players to use their fingers as a proton buster and it comes with an itchy sensation.

Ghostbusters 4D slots game can as well be available on play store (android users) but sadly the game is only available in select countries at the moment. Developers have asked players to keenly follow their social media pages for any news and updates. Now, don’t just sit there watching movies all day, go bust some ghosts for a few bucks at your local casino.