Gold Bonanza is a 5 reeled slot developed by Aristocrat and is a great game to enjoy on the casino floor. It’s an addition to the J-series of the company and comes in several types with The Happy Piggy and The Rolling Action themes. Play this game for free at Heart of Vegas or for cash at your local land casino. 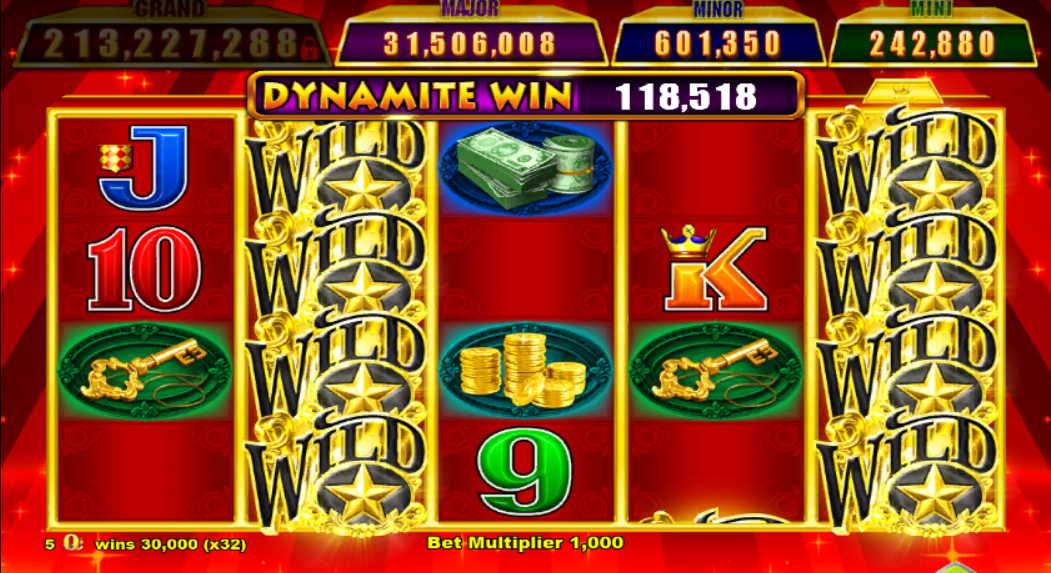 Both versions have several bonus features available such as Wild Reels feature, Power Reels, Gold reels and the Bonanza feature. Each of these features is triggered differently and has varying value in terms of the rewards depending on the exact version.

About The Bonanza Feature

The Bonanza feature is unlocked when a player manages to fill all the reels with a gold background which then enables the Hold ‘n’ Spin styled feature.

To achieve the Gold Bonanza, you have to get 5 stacked reels but it’s not very common in the game as the Bonanza feature which seems a bit easier to trigger.

The video features The Big Payback playing the Gold Bonanza Rolling Action slot and begins the game by placing a bet amounting to $6.00.

To his utter surprise, he gets the much coveted Bonanza Feature within less than a minute at 0:35. He even admits he has never managed to unlock that feature in all the Gold Bonanza games he has played before. This is definitely the kind of a start every gambler dreams of.

The Bonanza feature helps him win 5 mini jackpots of and 3 minor jackpots and cash prizes too which take his total amount won to be $168.98 as seen at 2:15. He is all smiles on bagging such a big win at these early stages of the game.

It actually seems to be his lucky day in the slot as at 2:23 he gets another bonus of $20.00 just in the next spin after enjoying the Bonanza. He ends recording the current session and comes back at 2:46 where he gets a wild symbol making him win $36.00.

At 3:16, he gets two wild symbols in reels 2 and 3 which grant him a win of $71.00. From then on he struggles to get any major win in the subsequent spins and seems a bit disappointed but he keeps the hope alive of getting a bonus soon.

This goes on for quite some time until his lucky moment finally comes at 5:32 where he unlocks the free games bonus feature granting and he is rewarded with 12 free spins. The feature ends at 6:32 and helps him win $21.50.

He gets also manages to get 2 wilds on reels 2 and 3 again at 7:00 which reward him with a win of $23.50. This is shortly followed by another lucky moment at 7:12 as he unlocks the Bonanza Feature again, this time wishing he gets the major jackpot.

The Final Wins on Gold Bonanza

Although he doesn’t manage to get the major jackpot he had wished for, the Bonanza Feature turns out to be a huge success as it helps him a total of $283.96 as seen at 2:43. That also ends up being the final action to be recorded in the video and it was a huge success for him getting those bonuses and cash rewards within just 9 minutes of playtime. 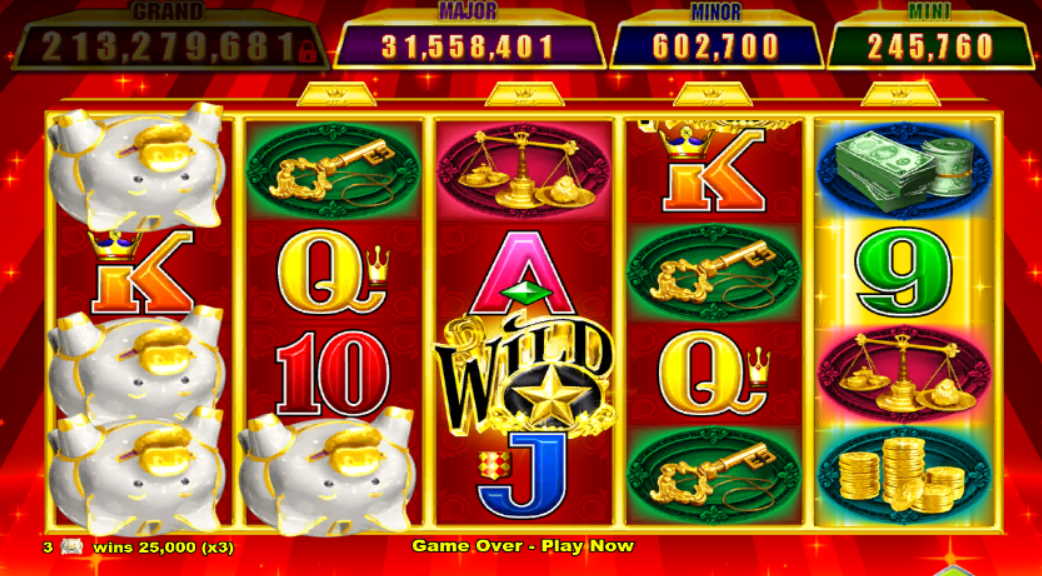