Golden Goddess slots is a game that was made by IGT and it has a fantasy theme, exciting entertainment and high possible payouts. It is one of the games available in online and land  casinos where the players participate for possible jackpot wins depending on the version.

*NB – This Golden Goddess IGT slot guide is generic in nature as several different versions of this game may have been released for free play online at Double Down and for online casino players at select casinos here* Images on this page are from the free play version of Golden Goddess. 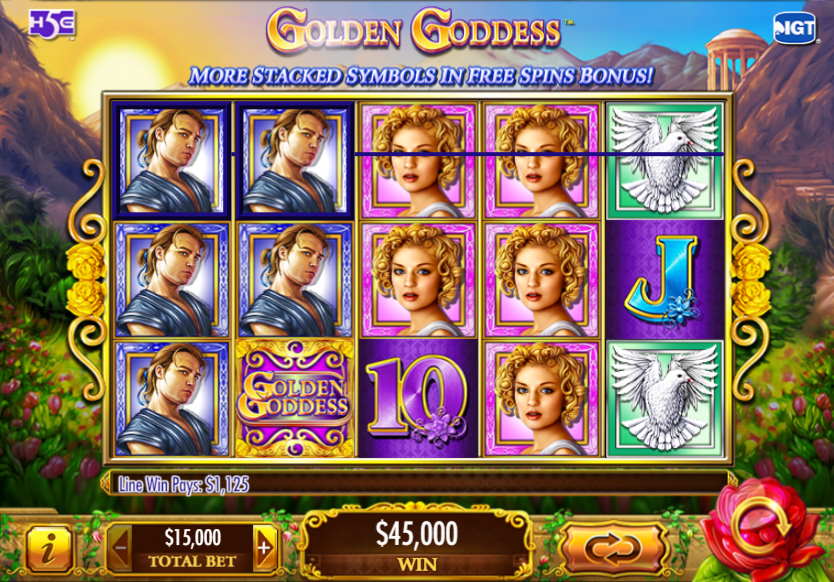 It has 40 pay lines and 5 reels and it is able to pay over a million dollars. It is playable with a budget as low as 0.5 US dollars and as high as 1000 US dollars. It comes with super stacks
technology where symbols are stacked on every reel for some massive wins.

It offers bonuses in form of free spins up to 7 spins. The paying symbols when matched against the reel are; Apollo, Dove, Golden Goddess, cards from 10 to Ace and Rose. Nevertheless, Golden Goddess Slots has a Return to player percentage of 95.3% to 97.5%. 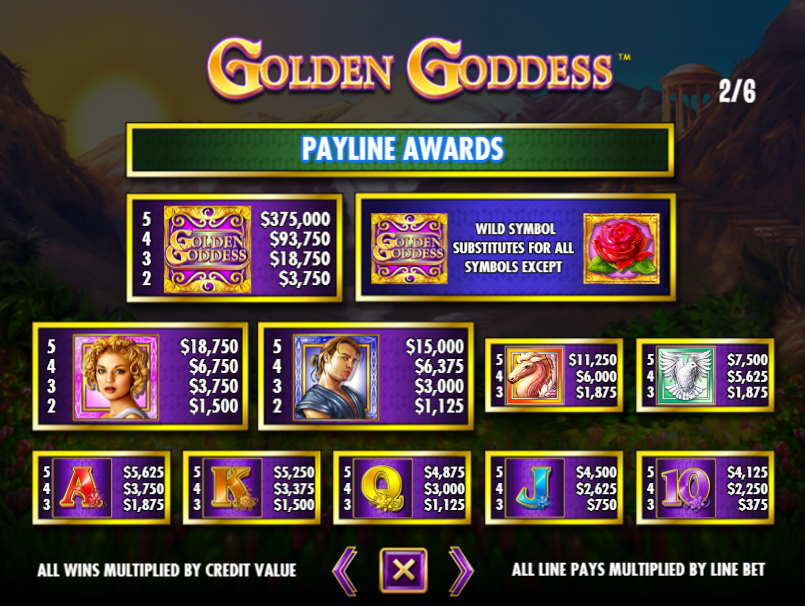 This game is designed to fit medium and high rollers and winning is not acquired cheaply. Some players even choose to play long term and choose auto play features which spins for 1000 times in an automatic manner.

During play a symbol is selected randomly to fill a reel stacks and win happens when a similar reel appears on group of reels. A bonus symbol is picked revealing the Goddess, Horse, Dove or the man. In return the symbol chosen turns into Super Stacks symbol across all reels.

The only limitation on the free spins feature is that it cannot be re-triggered. During the free spins a close eye is kept on the Super stacks feature which is responsible for crazy big wins. 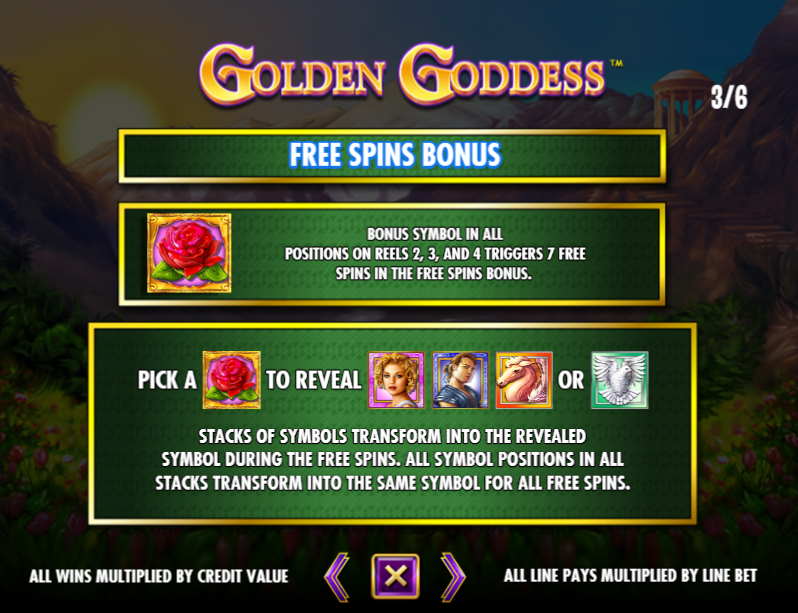 Now lets focus on one victorious player-Raja aka The Big Jackpot. He is a high roller and a high motivational player in Goddess gaming together with his fellow Jackpot crew. They are mostly found in casino taking part in BIG WINS of IGT black window games.

Focusing on the player’s tactics he occasionally seems to be knowledgeable and experienced but embraces the game as a fun sharing experience rather than promotion. The game seemed tough but at the end some remarkable results were had.

At 0.28 the player almost made a possible win of 900 USD but failed due to missing out of a few symbols of importance on the reels.

At 3.50 he made another significant win of 1200 USD after successfully matching the Dove symbol. In several occasions the reels were almost matching to form a bunch but one symbol could seem to destroy a possible win.

For an impatient player this can be very disappointing. For instance at 6.41 a possible win was lost by a small margin where card K and 10 came into matching bunch of Dove reel leading to a loss. 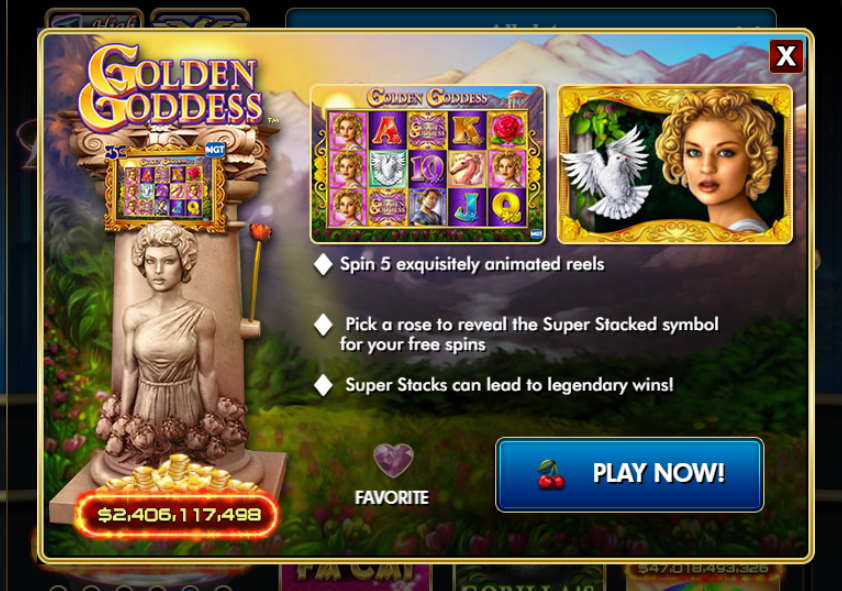 Credit seemed to be diminishing progressively between 4th and 6th minute when at 6.55 the player seemed to be loosing the spirit pausing the spin but at 7.14 he matched a bunch of reel with card K leading to a win of 5,250 US dollars that saved the possibly poorly ending game and in a span of seconds there was new energy in the game.

Dramatically, he got 7 free spins at 7.44 awarded with super stacked after a 9 rose scatter symbols appeared on the following reels; 2, 3 and 4 ,a free spins bonus mode was initiated-7 free spins awarded. 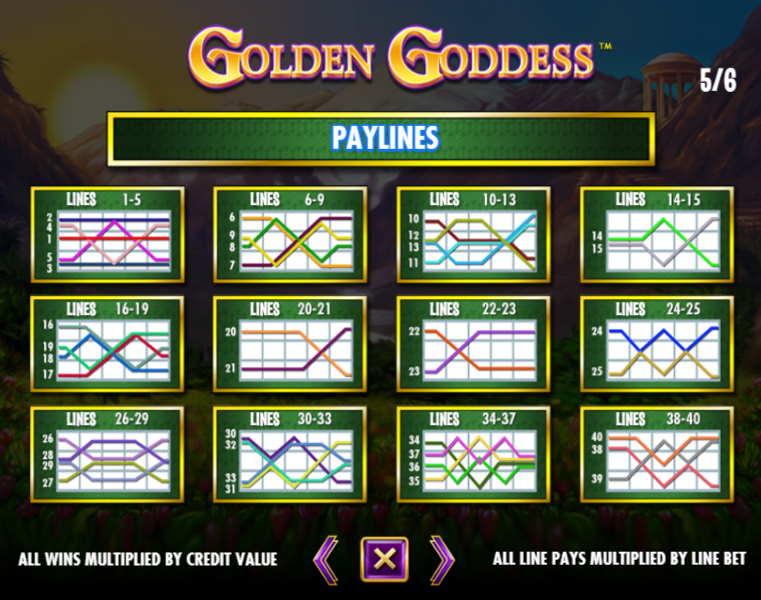 The Big Payouts of Note on Golden Goddess

It became a moment of cheering and optimism forcing results by prediction that led to a tremendous win with 2517 points translating to 25,170 US dollars. Therefore, the player collectively got a total of 62.925 US dollars was a quite remarkable moment and rare achievement to have in such a short span.

The video is an inspiration of great winning skills in Golden Goddess Slots games for those who participates in these games. It also gives a proof of legitimacy of the game encouraging those who wants to invest in it. It is rather not a promotion or advertisement video as some can attach such strings to it.

Moreover for gambling evaluate risks and put a manageable budget to avoid unwanted losses and also seek help, knowledge and skills before getting into the game.