Irving the Viking is a slot developed by IGT company. It comes with 5 reels and 50 paylines and features the common story of the Vikings. The graphics and sounds are what you’d expect from such a game, with historical features in this game remind me of Noah’s Ark another great IGT slot machine.

Irving the Viking Slots Getting Started

The game logo becomes a wild symbol once it appears on the reels and substitutes the other symbols shown in the same line except for the scatter symbol. The scatters are of great value and are represented by the free spin bonus symbol.

The scatters have multiplier rewards when 3 of them are active which multiplies the total amount wagered with the number displayed. They also grant the player 7 free games which may eventually increase especially when the Advance symbols appear on the reels during the free games feature.

The feature that tends to be more common in the game is the free games feature, you can get several of them on your lucky day making you last longer in the game. 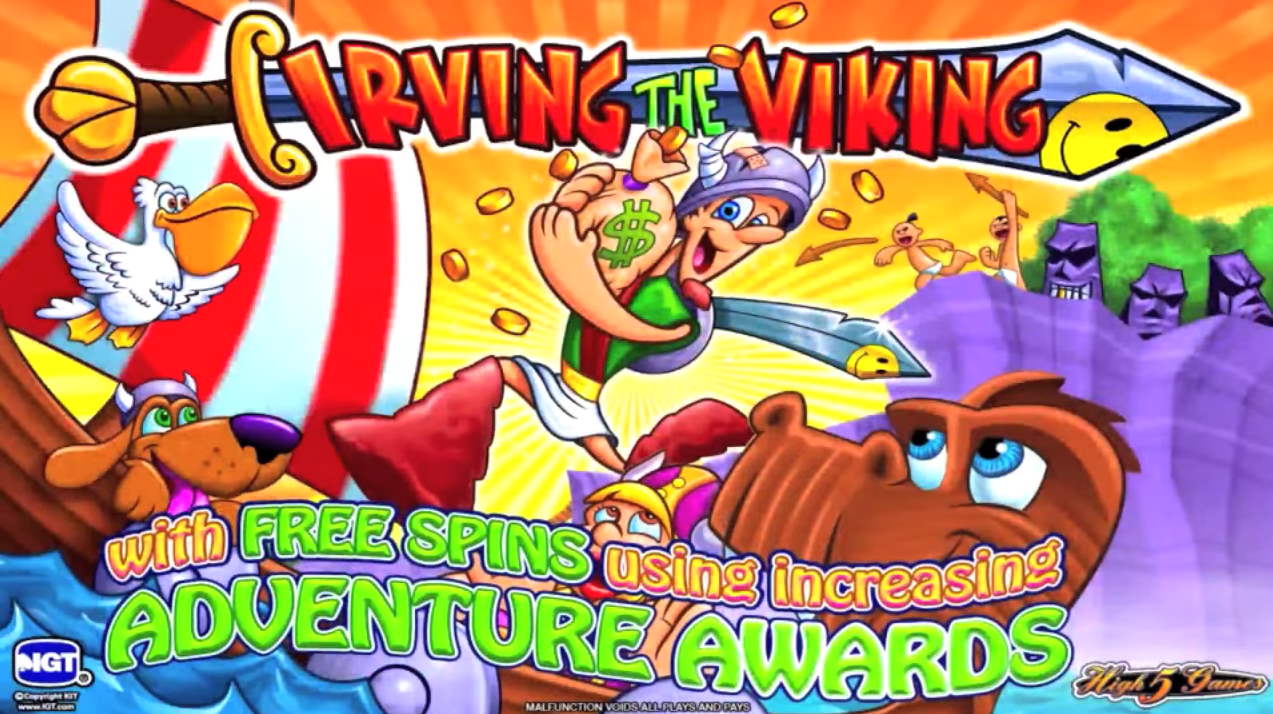 A Summary of the Video

This Youtube video features the Dianaevoni channel playing the Irving the Viking slot. She sets off the game by placing a bet of $1.50. She bags the first highlight of the game at 0:52 when she unlocks free games feature which rewards her with 7 free games and 100 credits.

During the 3rd game among the 7 at 1:24 is when she unlocks the Advance feature, granting her 200 credits and another extra free game round. She also unlocks the same feature a few seconds later at 1:55 this time around getting 300 credits and again at 2:21 which takes her total win to $10.00. 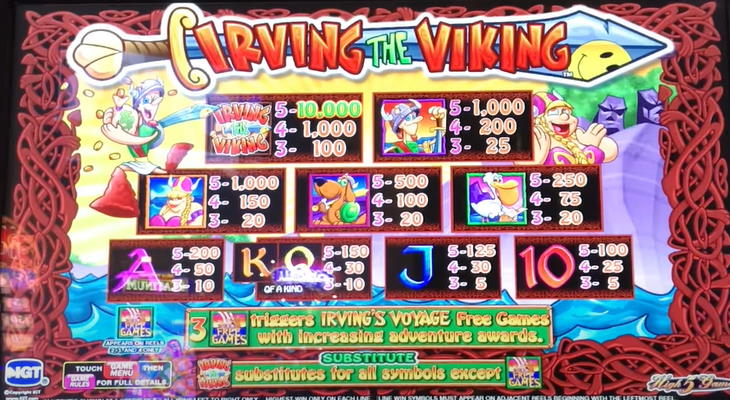 Actually, it seems that the Advance feature is too common in this slot since she manages several of them moments later before the end of those free games. Every time she gets one, she is rewarded with credits, free games, and cash. She ends up getting a total of 11 free games, 4000 credits which is equivalent to $40.00.

The next part of the video begins at 5:15 where she starts another new playing session this time around placing a bet of $5. The first few spins of this session don’t yield so much like in the previous part of the video. Apparently, her main goal is to seek the free games feature which seems to be a sure way of getting some high-value rewards.

Instead, she gets the wild symbol at 6:50 which gives her $1.70. She also manages to get another one at 7:09 which turns out to be slightly better than the first one in terms of cash rewards giving her $4.30. The subsequent spins don’t really yield anything much but she keeps the hope alive that she might get the free games feature.

At 7:29, she gets 3 wild symbols in the same spin which turn out to be her greatest win so far in the game of $98.00 which she actually admits it’s her biggest line hit ever on Irving the Viking slots as seen at 8:24. The subsequent spins after this don’t give her any big win but fairly enough it was a good day for her to get those wins within the 10 minutes of play on this slot machine.