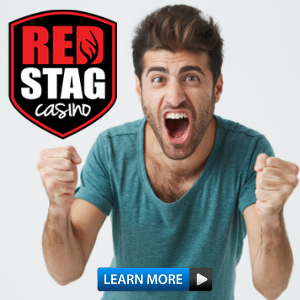 King of Africa is a slot machine game developed by WMS G+ Deluxe and features 5 reels and comes with configurations of 40, 50 or 100 paylines. Like the title suggests, the slot is centered about life in the African jungle with lion being considered the king. If you like 50 Lions from Aristocrat then this is the go-to game for you.

About WMS King of Africa Slots

The symbols in this game include lions, zebras, cubs, lioness, drums, African necklace, hearts, diamonds, African mask and the likes of.

Landing 3 or more bonus icons in the reels during a base game will trigger free spins bonus feature. Getting 3 rewards you with 10 free spins, 4 icons you get 25 and you are rewarded with 100 free spins if you manage to get the 5 icons.

During the free spins feature, there is a number of adjacent positions contained in each reel that are randomly replaced with the lion icons before each reel spin initiates which can create huge credit wins.

Nice Jackpots to be Won

There are also two jackpots available in the King of Africa slots; minor jackpots and major jackpots. Both of them have a condition that a certain amount has to be reached first before they become available. So in theory (but there usually ain’t any good ones), one would be better looking for a machine that is close to hitting that amount soon.

The video and sound features are decent enough to keep you entertained during the game but the game graphics are a bit dated.

This is a YouTube video featuring a channel known as Random $$ Slots who has many great slot machine videos on Youtube. In this particular video, he played the WMS King Of Africa slot machine and begins with a bet of $0.80 with $20.00 in credits from what we can see.

At 0:29 he gets his first win in the game same as his bet amount of $0.80 followed by another $0.50 at 0:47. These first few spins don’t seem to be very promising as it’s either he doesn’t win anything or wins only a small amount.

His moment finally comes at 2:13 when he manages to get the 3 special symbols which not only help him win $1.60 but also triggers the bonus feature and he is rewarded with 10 free spins.

The first 3 spins of the bonus run don’t get him anything but the fourth one turns out to be successful and makes his total amount won to $2.60 as seen at 2:38.

The fifth spin proves to be the most rewarding as it helps him win the biggest amount so far of $108.60 at 3:22, much to his great delight. The tables finally seem to have started turning to his side after a very slow start in the game.

Final Pay-out on King of Africa

The following spins in the free bonus don’t enable him to bag any win but he is definitely happy to have received the free spins bonus feature which was the turning moment in the game as it helped him get a win of $108.60 from a bet of just $0.80 and all happening within just 4 minutes of gaming time.