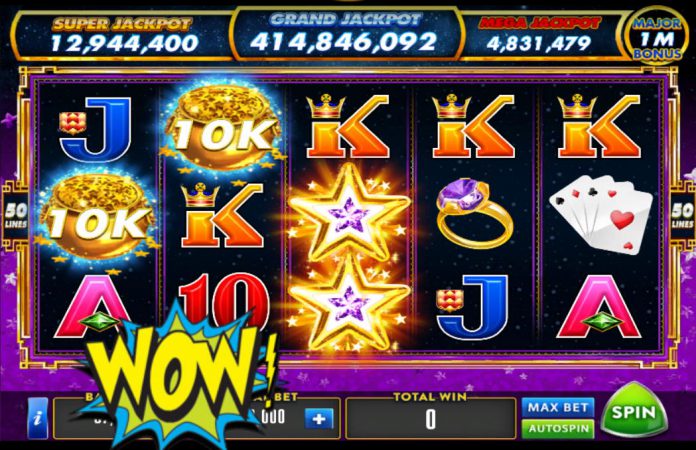 This Aristocrat slot machine is a cracker 3 level jackpot game. Get to see for yourself the power of the Star Sapphire as you play this 5 reel and 50 paylines slot game for free online or for real money at your local casino.

You can play Grand Star Sapphire at Heart of Vegas for free but note no real money gaming is possible online with this Aristocrat game. 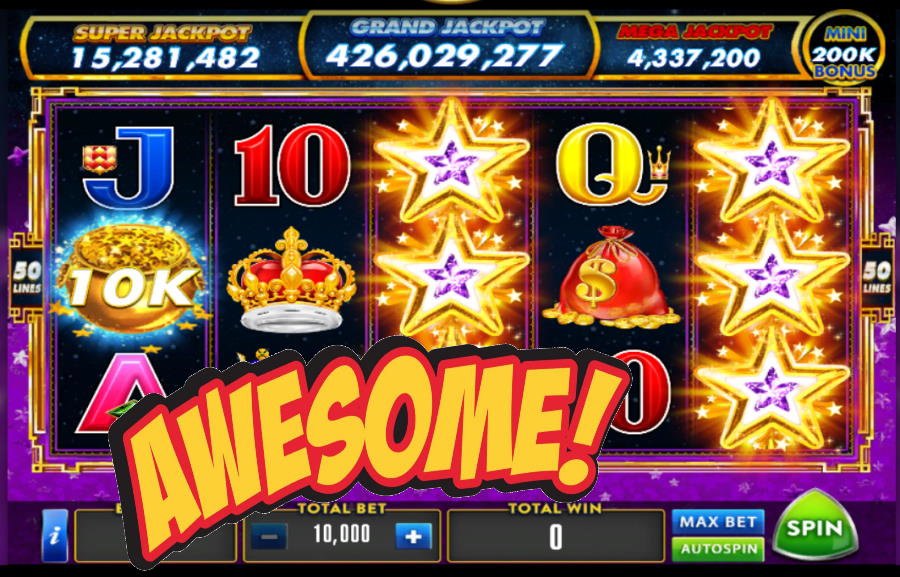 The background graphics of this game are simple but at the same time highly impressive. The graphics depict a purple wall which is beautifully decorated by some purple and white star icons. A light black colour covers the entire reel section.

When players start their gaming adventure playing this slot, the ultimate aim will be to match identical symbols for the chance to score the game’s handsome payouts.

In light of this, the symbols that players will be aiming to match include the diamond, the crown, a sack of coins, playing cards, a ring and traditional poker symbols.

Normally Grand Star Sapphire is available at the Heart of Vegas social casino on facebook. NB: no actual real money wagering online of this Aristocrat pokies machine is possible.

You can easily just download the app named Heart of Vegas which has the Grand Star Sapphire available. You will still need to be “online” to enjoy the game, so it’s not a true download of sorts.

Fans of DC comics need no introduction to the Star Sapphire. However, for those who are not keen followers of the DC comics, Star Sapphire is the name of the female warrior who guards the Queen.

The warrior is named the Star Sapphire as she is entrusted with keeping the highly precious star sapphire weapon which if it falls in the wrong hands, can be used to blow up the whole city.

The prospect of hitting a jackpot is what drives many players to slots. Well, when playing Grand Star Sapphire, players certainly do stand a chance of hitting anyone of three linked jackpots.

Even more impressive is the fact that the highly lucrative linked jackpots may be hit at random! With this in mind, this slot receives a respectable 9.2 point rating out of 10 in our review.