The Phantom slot machine was released in 2012 by Aristocrat Technologies in Australia it was a moderate hit with players and was subsequently released around the world.

This game is a bit dated now and not so popular these days, however the game can still be played in some casino gaming venues throughout Australia, New Zealand and other countries around the world you may still spot it.

About the Phantom Slots Game

The Phantom pokies machine has 25 pay-lines and a standard 5 x 3 reels format. The game offers players the opportunity to multiply their pays with stacked scatters and stacked wilds.

Just like many Aristocrat games, the Phantom has a cracker free spins bonus feature with four individual reel sets appearing on the game screen when triggered. This is called the “Bonus Reels in Play feature”. 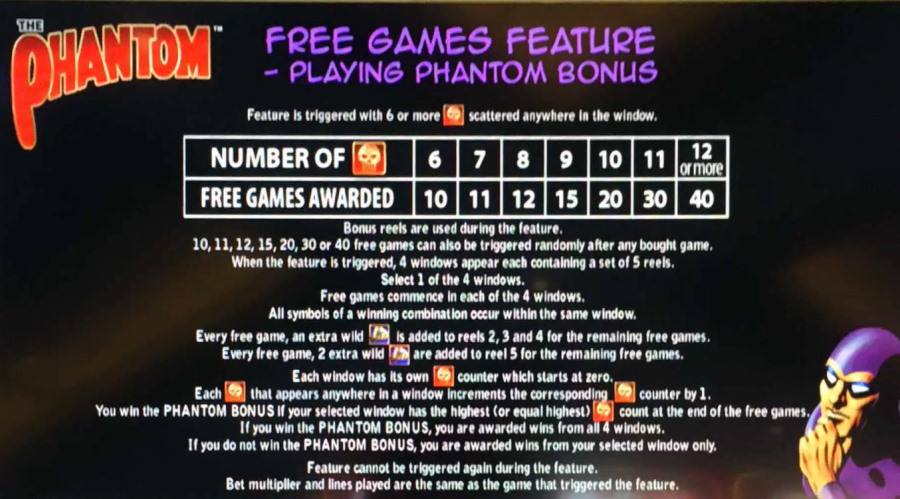 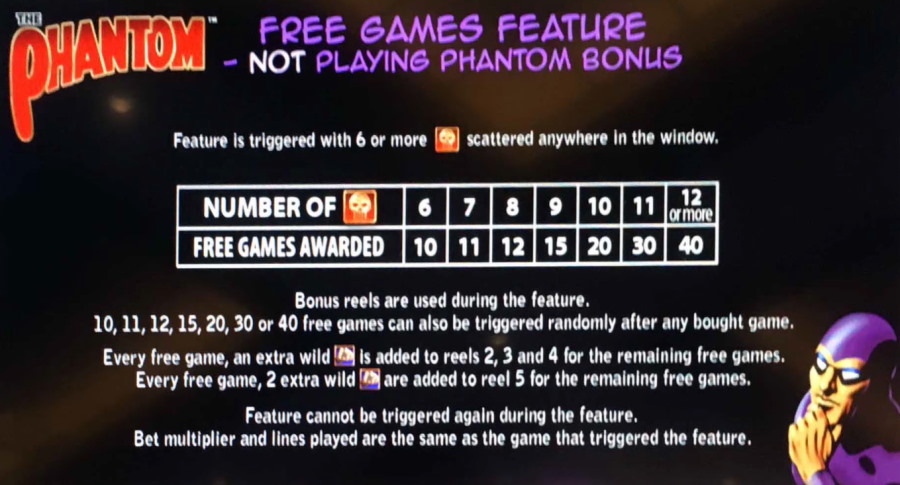 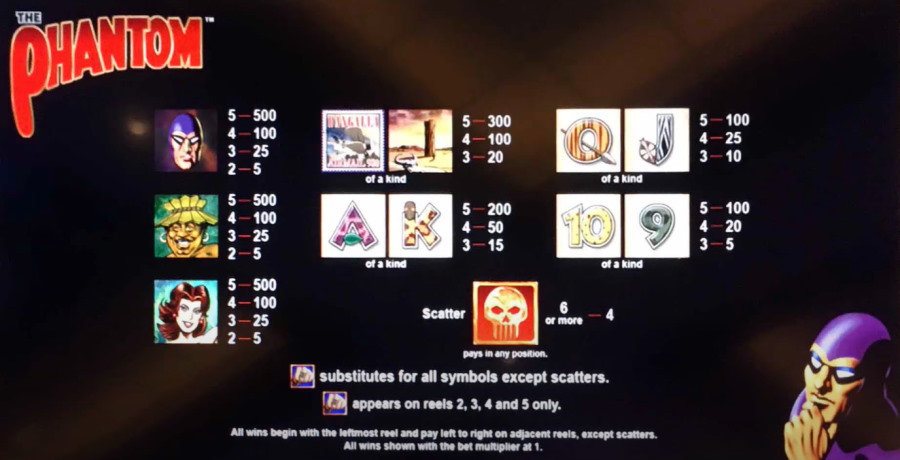 We have not noted either a free play or real money play version of the Phantom online so your going to have to track down the game at your local casino.

Originally the Phantom was a comic strip character developed by Lee Falk. The series is about the adventures of a costumed crime stopper who lives in a forest region. The series has been translated into many different languages for a worldwide audience.

Did you know that The Phantom was the first “costumed superhero” to be seen in a comic book series? He wears a black mask and a purple tight-fitting costume in the original series and has no super powers to speak of.

The Phantom lives in Skull Cave situated in the forest of Bangalla a fake country first set in Asia near India but later transferred the location of the series to Africa.

The Phantom is noted as “The Ghost who Walks” by many and he has two animal friends by his side, a mountain wolf called Devil and a horse named Hero.

Other than the comic strip series there also has been a movie starring Billy Zane released in 1996 and a TV series. 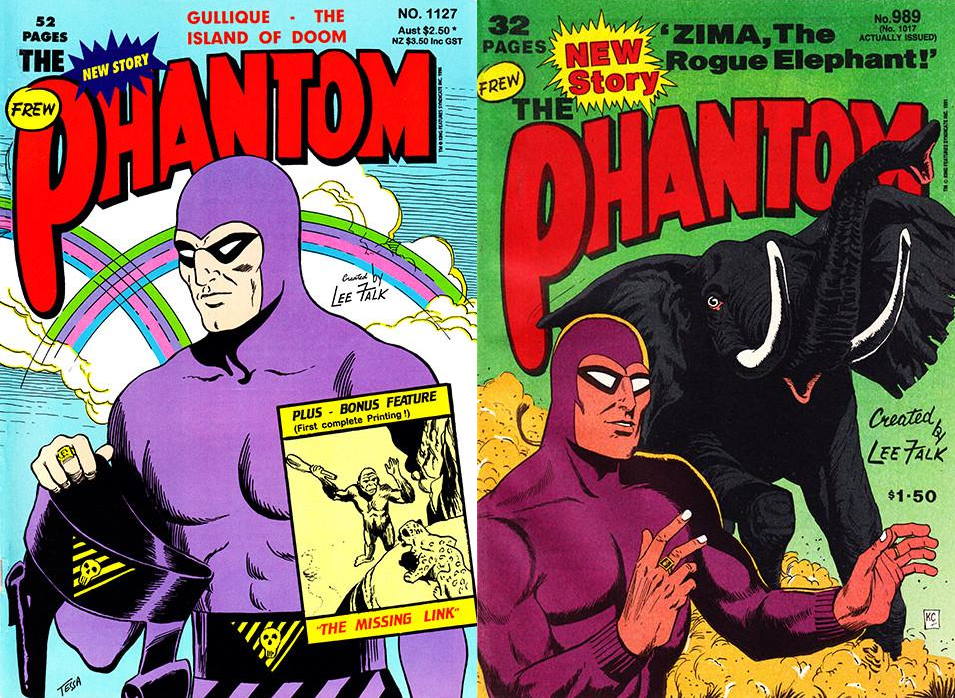