Werewolf Wild is a spooky and kooky themed slot from the masters of pokies machines aka Aristocrat. The game gets 5 reels and 25 pay lines along with a couple of features like the Claw Swipe, Mystery Coin features and heaps more bonuses.

Werewolf Wild opens to a lone castle silhouetting against the starry night sky. There are symbols of a sly looking wolf snaring at the screen right from the beginning. The game gets chilling symbols that sets the mood for the game.

The Werewolf Wild game has relevant symbols. There is also a man, a woman wearing a bonnet, a carriage, besides a police officer and of course the Wild, a mystery coin, and the Scatter symbols. 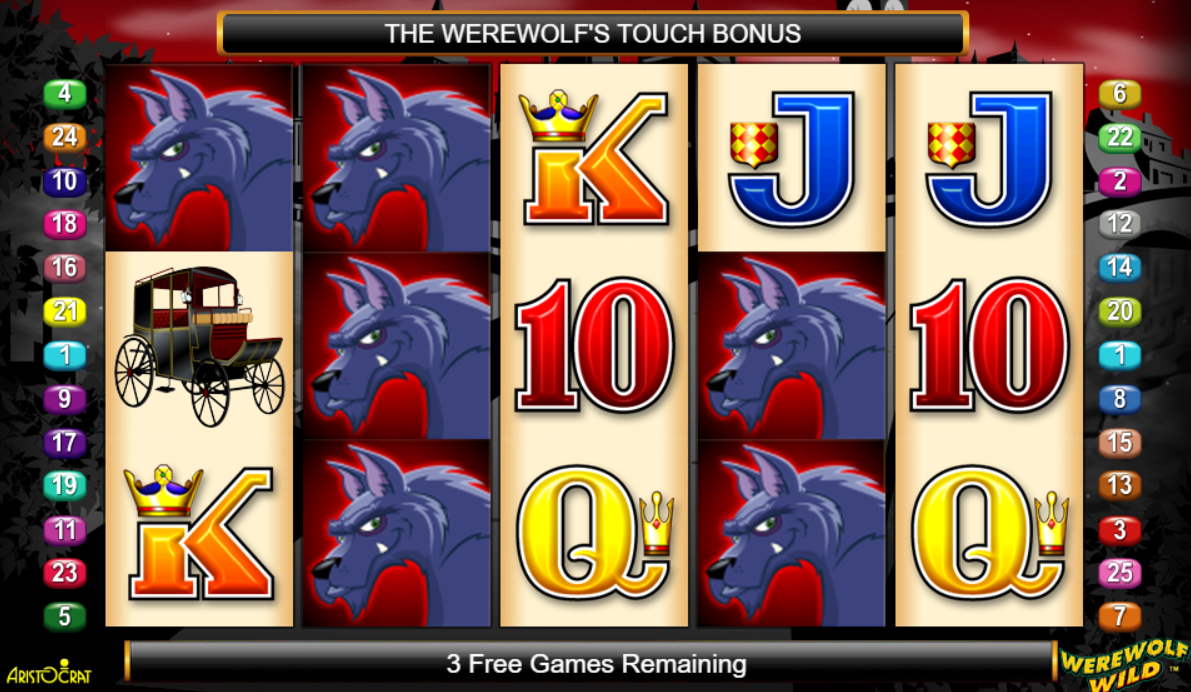 Base symbols and their pay table 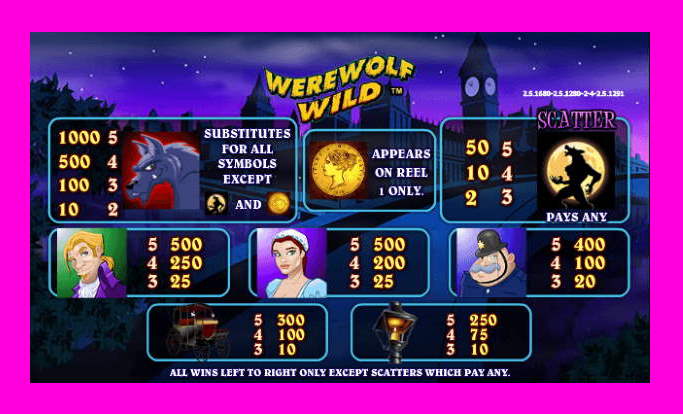 This slot game of Werewolf Wild is enjoyable since the Howling wolf scatter and the Mystery coins offer great opportunities to earn. It’s a bit dated now but back i the day it was one of the most loved pokies machines on the casino floors from Sydney, to Monaco to Las Vegas. 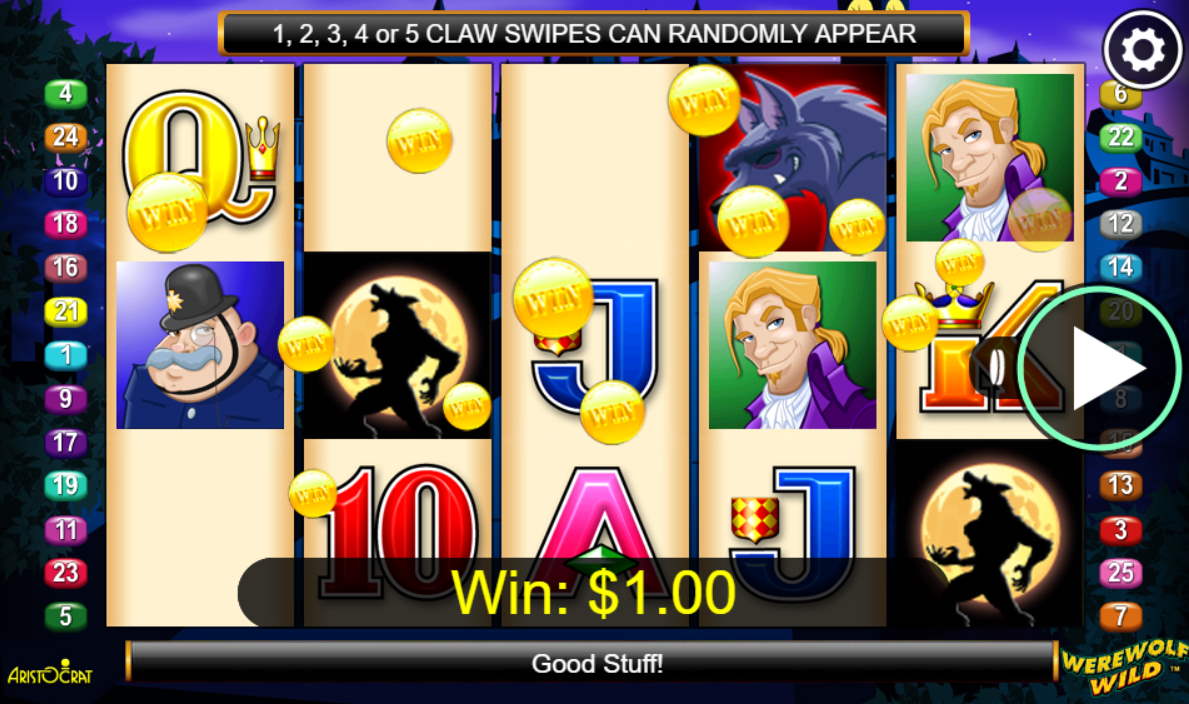