Wicked Winnings is a slot machine game that has earned much popularity since it entered the market in the early 2000’s. The Aristocrat game has a setting which matches its name just perfectly and it’s quite popular with players from the pokies casinos in Melbourne Australia to the casino floors of Las Vegas.

About the Wicked Winning 4 Slots

All four versions thus far feature its main character, a sexy she-devil with an amazing body who sits on a golden chair. Behind her, are bags of gold and money, and fire. The symbols of the game follow this theme and feature a raven, a jewel encrusted goblet, skulls, gothic candles, fire flames, and of course, the she-devil herself.

There are a possible 243 ways to win, and although the versions vary in the number of reels, they maintain the same symbols. The most coveted symbol being the raven, followed by the golden goblet, and lastly the skull and burning bag of cash. With combinations of numbers, and other symbols you have a high chance of making a cash win.

Slot Ladies are two ladies (Colleen and Melissa) who dedicate themselves to exploring the hottest slot machines in an effort to win and video them for the world to see on Youtube. During this slot adventure, Melissa makes an effort to make some profit off her $100 bill that she shows us.

In this video review Melissa seems quite comfortable on a few chairs herself before the action begins. Once her bet is placed, Melissa has a choice between Wicked Winnings 2 or Wicked Winnings 4. She opts for Wicked Winnings 4 as she says she likes that she-devil better. Melissa makes sure to tell the slot machine that she loves it (the machine) and strokes it for good luck throughout the entire video.

The video gets off to a slow start with small earnings that feature simple combinations. These are matching numbers and one or two symbols at a time. At 1.04 the she-devil makes her first appearance on the reels, and Melissa ups her bet from $2 to $3, believing she’s getting warmer. Around 1.40 Melissa makes a $4 because the she-devil appears twice on one reel. Melissa’s money however, is depleting and at 3.44 she’s down to almost half her original bet.

At 4.18 one of the best features of the game turns Melissa’s game into a more exciting one. This feature consists of the she devil appearing on the screen, and with her hand, she chooses a reel that for a short period of time will be completely wild. The she-devil is stacked on the entire reel, and Melissa gets a free spin, but does not earn any winnings.

By this point, the money is down to a measly $34. Shortly after, the same thing happens on the third reel, and the she-devil again is stacked, the first spin gives a winning of $21, allowing for a free spin, in which two bags of gold appear, making for another score, this time one of $18.

At this point, Melissa says she will tap out, but makes three more spins, in which she does not make any more winnings. Finally, she taps out at $329.70, having made a profit of about $229.70. Not bad for ten minutes of gaming on Wicked Winnings 4.

Wicked Winnings has gained popularity because it is user friendly, and also an exciting and fun game to play, at worst, you are most likely to break even (well hopefilly), but you will have fun throughout the entire game that’s for sure. 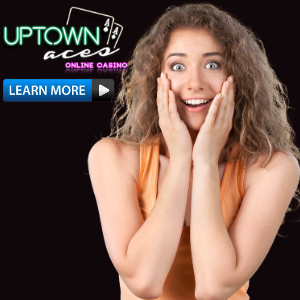