Aristocrat is a company that has gained huge fame in recent years for producing high-quality games. It has endeared itself to many casino games lovers for the high creativity in coming up with slots that the gamblers find exciting to play.

The Wonder 4 slots are some of the most played pokies (slot games) by Aristocrat for free online at select casinos like Heart of Vegas or for real money in land gaming venues around the world, no online real money version is available.

Several different versions of Wonder 4 Wonder Wheels slots exist Players can choose in the other versions the likes of Pelican Pete, Timber Wolf Deluxe, Wild Panda and the amazing Buffalo Gold pokies game. The wheel theme at the top of the machine takes players for a spin with free spin games, super free spin games and the biggest linked jackpots.

One of the latest entry into this string of awesome games is Wonder 4. It is a revolutionary slot that allows a player to place real money bets on 4 games simultaneously on the same screen.

It has gained a lot of popularity due to this revolutionary feature of multiplay as well as multi-pay, something not found in many other slot machines.

Wonder 4 has many variations but the common feature among all those is the ability of the player to choose up to 4 games to play simultaneously which necessarily don’t have to be similar. The variations occur in terms of the bonuses and the different ways through which the 4 games can be won.

The Wonder 4 Wonder Wheel slot features 4 different games that are available for a player to play at the same time. These include; Pelican Pete, Wild Panda, Buffalo Gold Collection and Timber Wolf Deluxe.

The main feature in this variation of Wonder 4 is that whenever a player triggers the bonus, you are given the opportunity to spin the wheel which can reward you with several awards such as the normal free games, super free games, as well as get to win progressives. 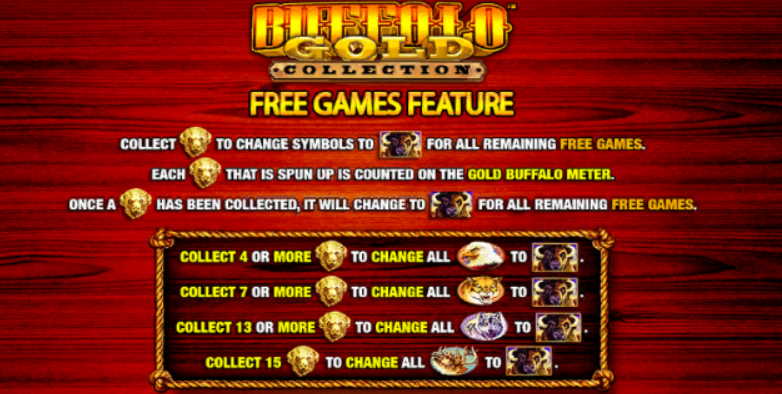 About the Game in General

Each game features 5 reels and comes with magnificent graphics and exuberant animations. The playing experience is vibrant with a widescreen that makes playing enjoyable since the games are not squeezed on a small display as that would definitely be a big turn off for any true gambler.

As a norm, Aristocrat has been known for its simplicity in the game play of their slot machines. This has been well featured in this game as they have tried to make it as simple as possible even for a complete beginner to catch up easily.

The symbols and the bonus feature slightly vary from one game to another. For example, the Buffalo game come with golden, orange and purple colours that are very attractive to the eye. The graphics are really great while still maintaining the touch of simplicity.

The Buffalo symbol in the game will reward you with 300 credits when you manage to get 5 of them on the reels. The Gold coin and Sunset symbols are the scatter and wild symbols in the game with several other symbols present. 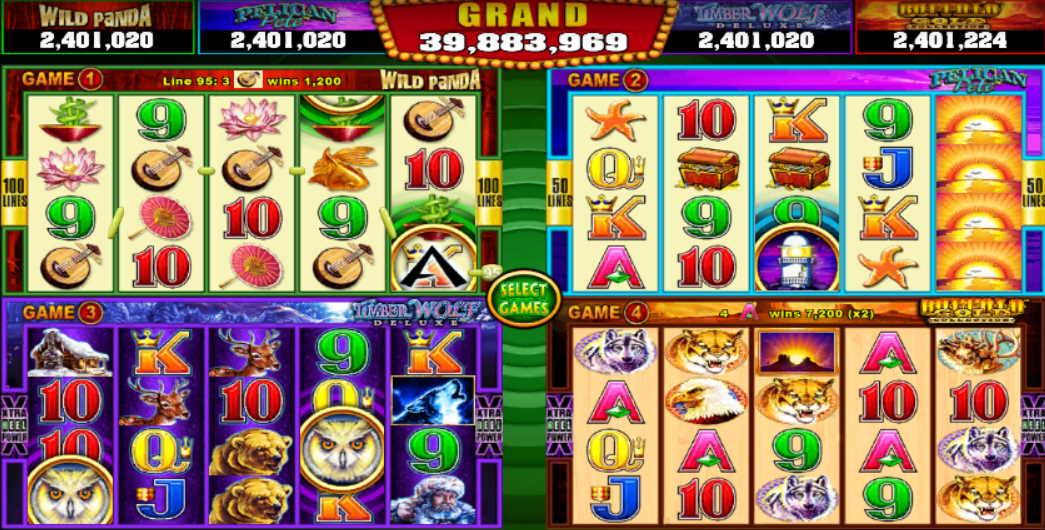 About the Video Wonder 4 Wonder Wheel

In this particular video at the top of this page, Albert’s slot channel played the Wonder Wheel, Rhino Charge Wonder 4 Boost, Tall Fortunes and Wonder 4 Jackpots.

He begins recording the game when he has already triggered the Wheel Spin bonus. He spins the wheel and he is rewarded with the Free Games bonus feature. He is then presented with 5 options available for the free spins with each having a different number of free games and multipliers.

The next session of the video features him playing the Rhino Charge Wonder 4 Boost game and he triggers the bonus of 8 Extreme Free Games. The first spin of the free ones proves to be successful as it retriggers the feature making it a total of 16 free games. The feature ends at 4:50 and rewards him with a win of 14295 credits.

In Wonder 4 Jackpots game starting at 7:45, he begins by spinning the wheel which rewards him with 9 super free games.

Final Summary of the Game

It is during this final section of the video that he manages to get his biggest win so far in the game of 114,528 credits as it can be seen at 10:19. This was attributed mostly by getting 3 5x multipliers in the Wonder 4 Jackpots Buffalo game. 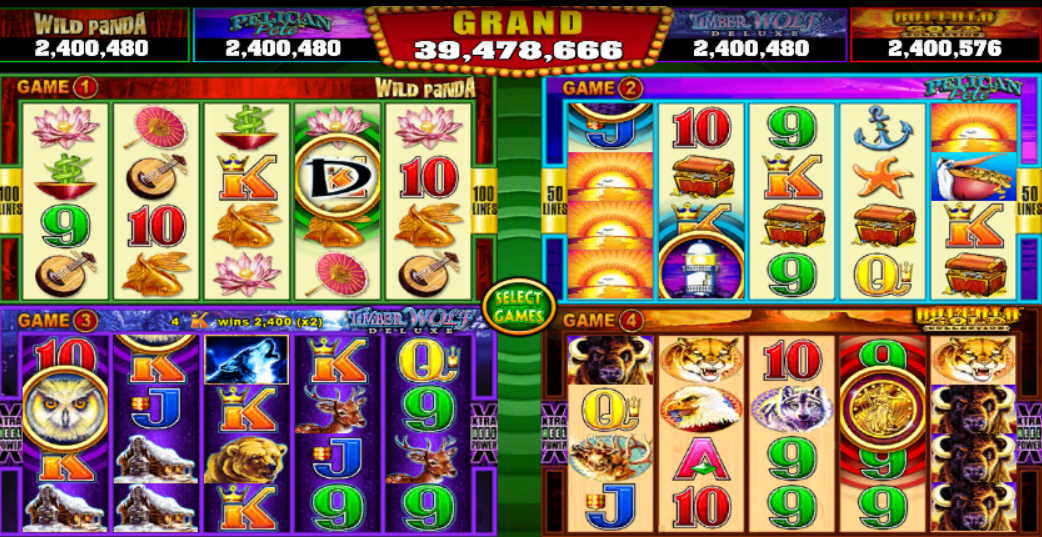