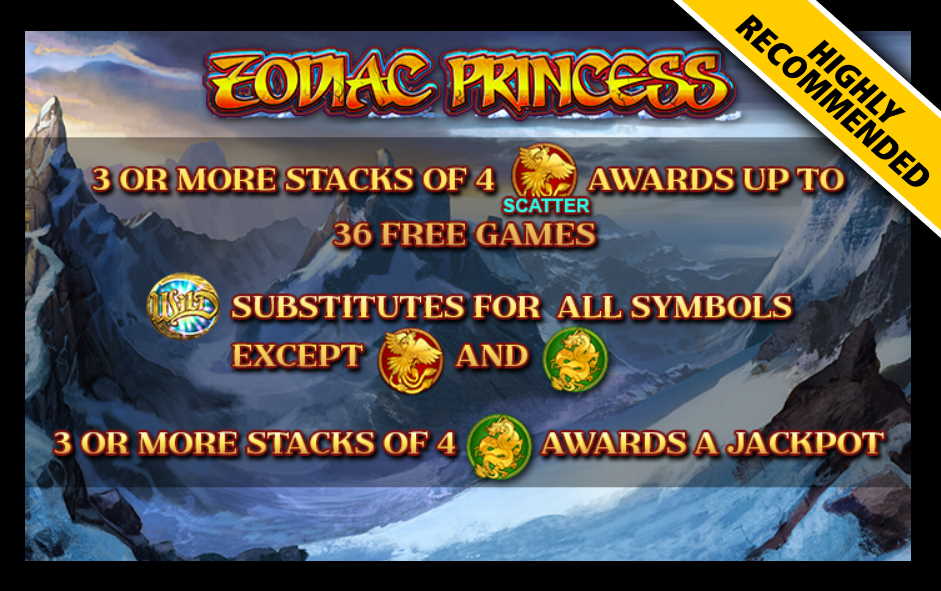 If you happen to be one of the horoscope sign believers, then this online video slot is the perfect match for you. Even if you don’t believe in astrological signs, you will still find this game thrilling and with lots of winning opportunities possible.

Zodiac Princess is a fantastic pokies machine from Australian based developer, Aristocrat Gaming. It is played over six reels, four rows and 80 possible ways to win. This game can be played for free at Heart of Vegas Real Casino Slots on your Android, Windows, iPad and iPhone devices.

The game is set against a snow-capped mountain with a temple at the top. The reels are set on a black surface and are covered by a wide range of symbols.

Some of the familiar characters include a hare, a buffalo, a lion, armadillo, a Princess, and several Chinese writings. 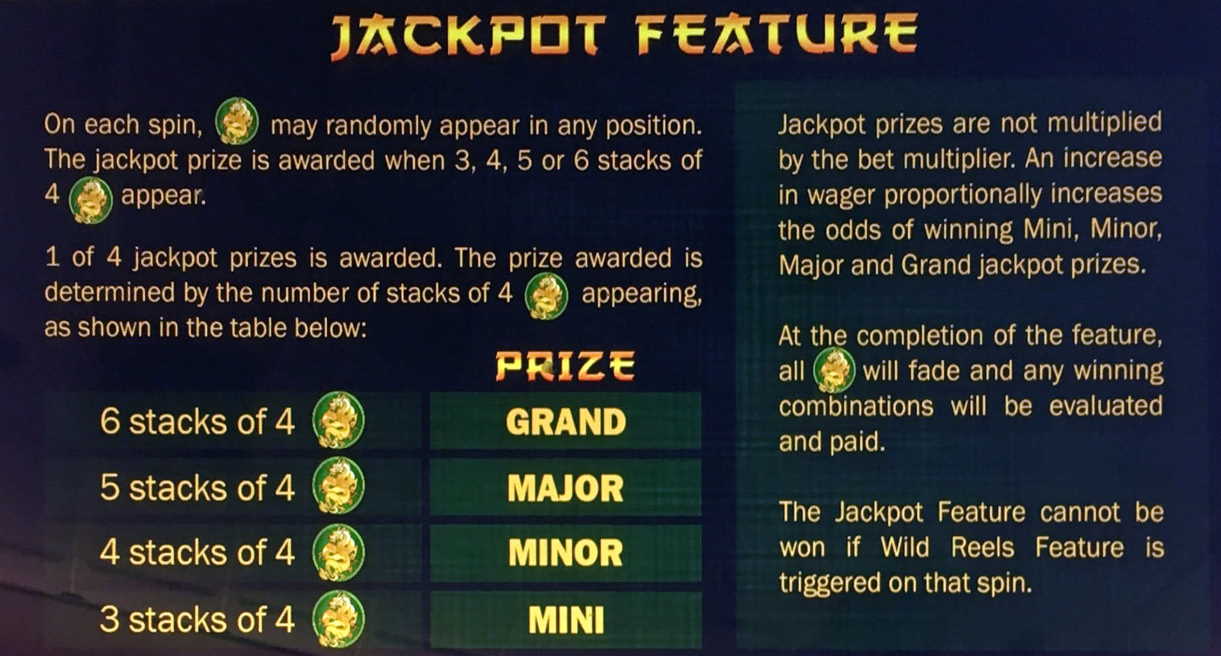 This online slot is played using six reels, four and with 80 win lines which pay from the leftmost to the rightmost.

Like many other Aristocrat slots, Zodiac Princess comes with a series of bonus features such as Wild Reel feature, Jackpot Feature, Free Games, the Wild and Scatter symbols to boost your chances of landing massive payouts. Also, it has a wide betting range to accommodate both low and high roller players.

All the control settings are located below the reels. Despite having a slightly different layout, it follows the typical rule of matching at least three symbols to win. 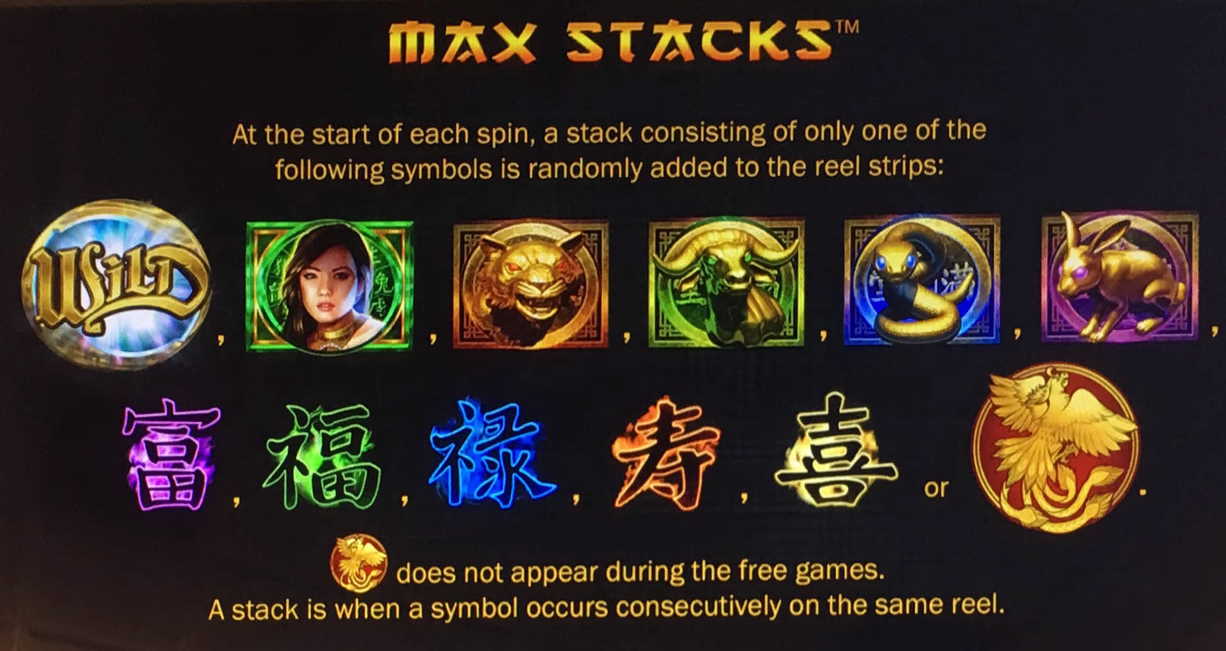 The paytable in Zodiac Princess online slot is divided into two categories. The first group features high paying symbols. They include the Princess, Lion, Buffalo, Armadillo, and Hare. 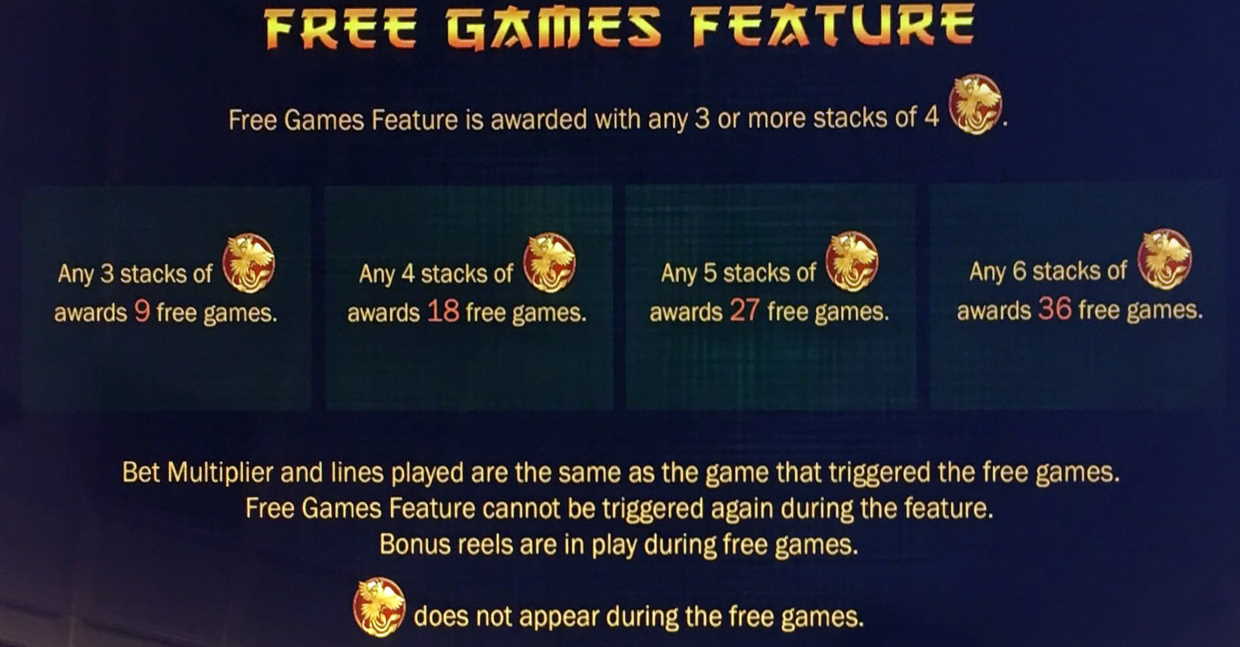 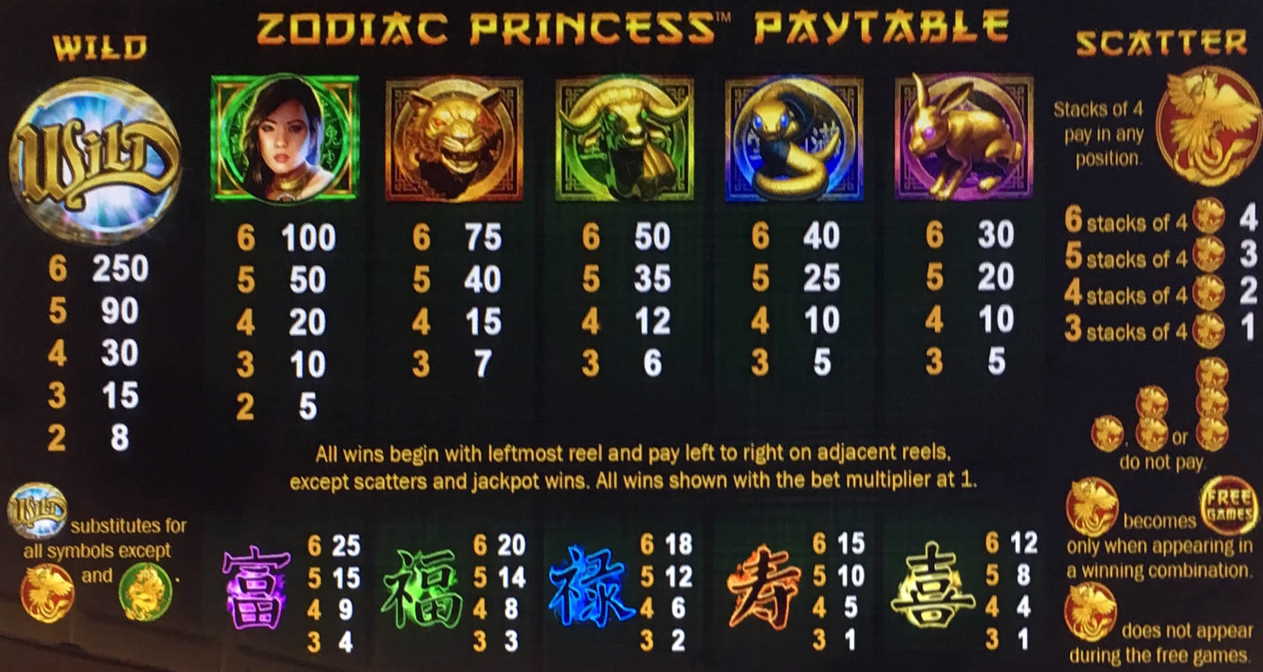